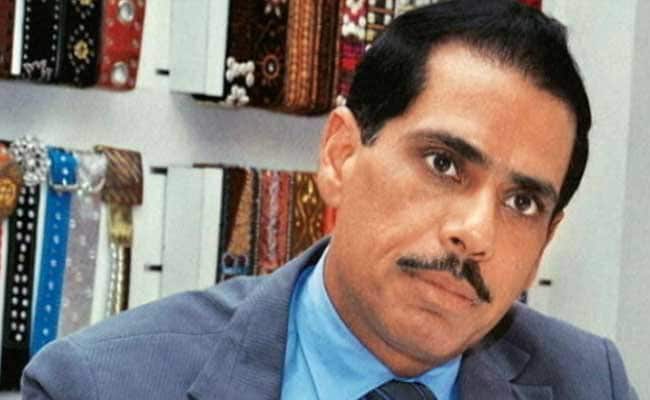 Money laundering charges have been registered in a land grab case in Rajasthan's Bikaner involving a firm allegedly linked to Robert Vadra.

New Delhi: The Enforcement Directorate (ED) has registered a money laundering case arising out of a land grab case in Bikaner in Rajasthan involving a firm allegedly linked to Robert Vadra.

"A criminal case under the Prevention of Money Laundering Act (PMLA) has been registered by the ED. It will soon issue summons and question the accused involved including some unknown private entities," agency sources said.

The sources said they have taken cognisance of the earlier media reports that had referred to a firm linked to Robert Vadra, son in law of Congress President Sonia Gandhi, which had purchased some of these lands.

The agency did not take the name of Mr Vadra or any company linked to him in the FIR  but it has named some state government officials and some of the "land mafia".

Mr Vadra could not be reached for comments but the Congress party called it "sheer political vendetta".

"He (Robert Vadra) has done no wrong. No case is pending against him.  This is sheer political vendetta," Congress General Secretary and spokesperson Shakeel Ahmed told reporters when asked about the ED action.

The state government had in January this year cancelled the mutation (transfer of land) of 374.44 hectares of land, after the land department claimed to have found that the allotments were made in the names of "illegal private persons".

The central probe agency picked up the case based on 18 FIRs filed by the state police in August last year after the local tehsildar had made a complaint.

He had said in the complaint that the government land in 34 villages of Bikaner, to be used for expanding the army's firing range in the area, was "grabbed" by the land mafia by preparing "forged and fabricated documents" in connivance with government officials.

Sources said the agency suspected huge amounts of money was laundered in this case by people buying land at cheap through forged documents.

The state government, while cancelling the mutations had said that these were not issued  by the Commissioner, Colonisation, Bikaner.

The state police has also filed charge sheets in the 18 cases in a court in Kolayat in the middle of this year.