Chennai weather: In its latest forecast, Met office has predicted light showers through the day due to uppper cyclonic storm. 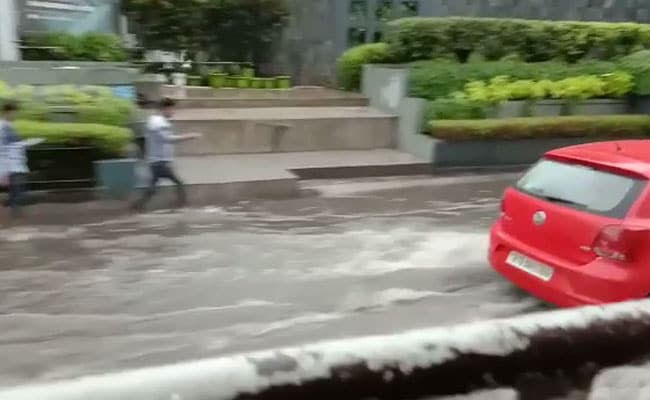 Chennai, the capital of Tamil Nadu, received moderate rain last night, bringing much-needed respite to the parched city. Nearby Nungambakkam also received 74 mm rain till 5 am today. In its latest forecast, Met office has predicted light showers through the day due to uppper cyclonic storm. Chennai, which has been reeling under acute water crisis, saw a 40 per cent cut in piped water supply after all four reservoirs outside the city dried up. It also experienced moderately high temperature this year. Last night's rain brought the temperature down in the city to 25 degree Celsius.

Rainfall in Chennai cheered up Twitter too with users posting rain pictures and videos.

Rains do rejuvenate the soul. :) And am sure they are recharging the ground water supply to the city #chennairains

"Waking up to bliss," tweeted another user.

Residents in Chennai are looking for ways to conserve water. Some people happily stored them in buckets and containers too.

Tamil Nadu has been reeling under acute water stress for the past several months as Porur Lake, one of the main sources of water has reached its lowest level. The collapse of the rainwater harvest system, which was quite efficient till about 15 years ago, is one of the prime reasons for water crisis in the city, say experts. Scorching heat and delayed monsoon further escalated the water shortage.

Chennai received the lowest rainfall in 15 years last year. Chennai is one of the 21 Indian cities that the government think tank NITI Aayog has said would run out of water by 2021.