Why Water Trains To Chennai May Not Quench Parched City's Thirst

Chennai Water Crisis: Chennai has been facing a severe water crisis and there has been a 40 per cent cut in piped water supply after all four reservoirs outside the city dried up. 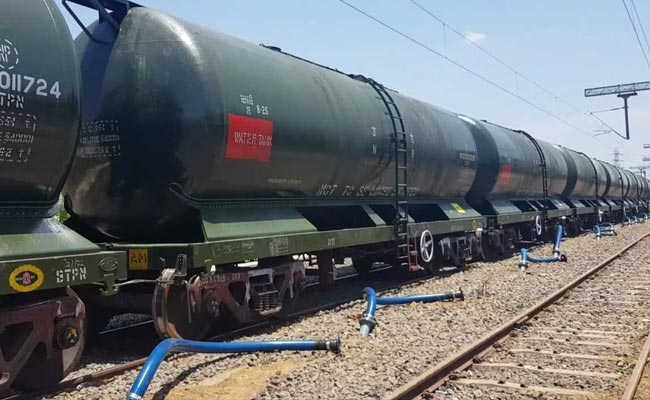 Water Crisis In Chennai: Water supply by trains would be less than 2 per cent of city's daily demand.

Chennai has been facing a severe water crisis and there has been a 40 per cent cut in piped water supply after all four reservoirs outside the city dried up. In several parts of the city, the cost of water has been doubled by private tankers.

The state government plans to run four water trains everyday to ferry 10 million litres a day from Mettur reservoir, about 350 km away from the city. However, the special trains may not be able to enhance the water supply, officials say. "There could only be incremental increase because of the water trains," Water Secretary Harmander Singh told NDTV.

"Tamil Nadu has received no rain in six months. This has led to water scarcity. We have doubled supply of water tankers. Now tankers make 12,000 trips across the city daily. We are doing our best to give water to all," Harmander Singh said.

The state will pay the railways Rs 32 lakh a day for the four trains. However, the water level at Mettur Dam, the source of the water for the special trains, is currently less than half of the average level.

Shaji Mathews, a retired health official, who lives in South Chennai, relies on private suppliers to fill the 12,000 litre underground tank at his home. In April, he says, filling the water tanker had cost him Rs 2,000 a month; now he pays nearly Rs 5,000.

"I am a pensioner and it's so difficult for me as half of my pension money is spent in buying water," he says.

The water supply by special trains would be less than 2 per cent of Chennai's daily demand, according to rough estimates.

The government, however, has assured the residents that it would ensure a minimum supply of 525 million litres every day against the required 830 million litres a day till November when the monsoon would set in.