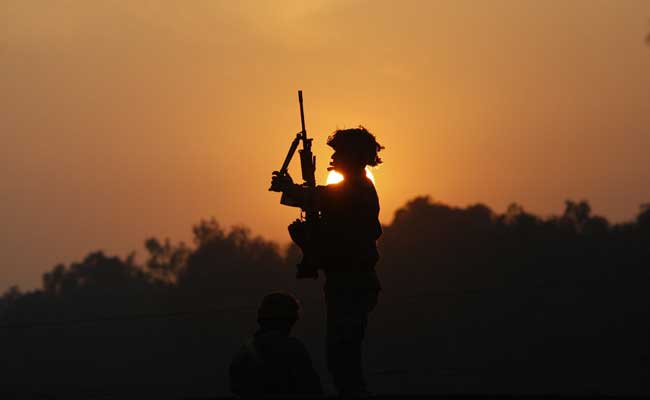 It is suspected that another terrorist is still holed up inside the Pathankot air base.

Pathankot: Intermittent gunfire continued till late evening on Sunday - the second straight day of operations at the Pathankot air base. A fifth terrorist was neutralized yesterday, hunt is on for the other one. Prime Minister Narendra Modi, who was in Bengaluru to open a yoga conference, chaired a meeting with the National Security Adviser, foreign secretary and other officials on Pathankot.