Hrithik Roshan Names Kangana, Who Is Summoned By Cops: 10 Developments 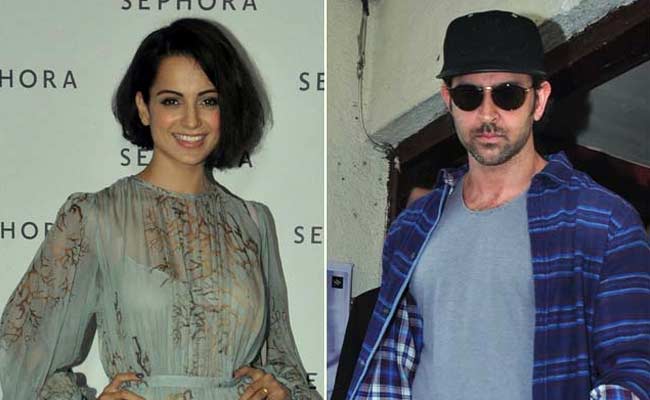 Mumbai: A feud between actors Kangana Ranaut and Hrithik Roshan that started with different versions of whether they dated, has leapfrogged from tabloid fodder to swapped legal notices and now, a cyber-crime case. The Mumbai police has asked to see Ms Ranaut at a police station within a week. 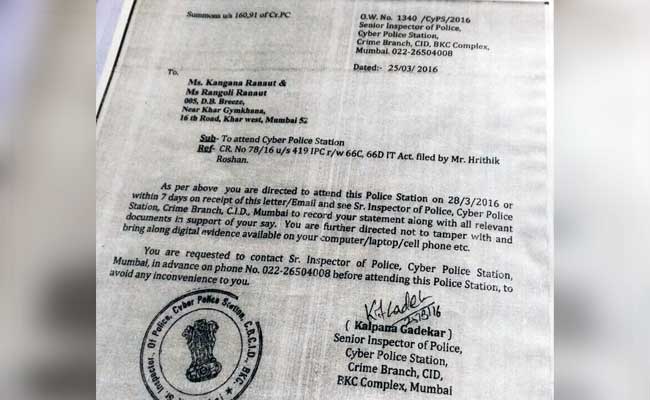