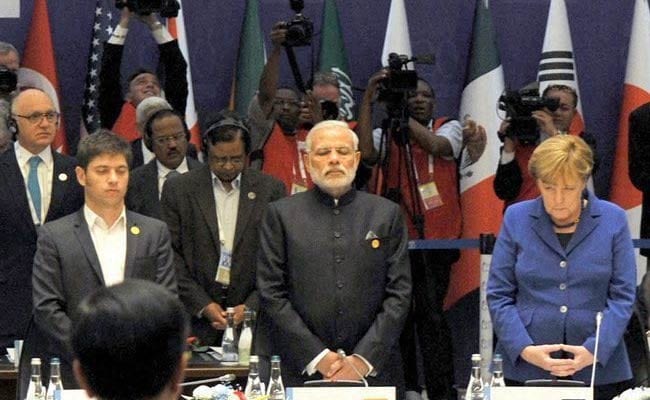 Prime Minister Narendra Modi along with other G20 leaders observe silence to honour the victims of Paris and Beirut attacks. (Press Trust of India photo)

New Delhi: Prime Minister Narendra Modi on Sunday warned of the "changing character of terrorism" and said "old structures of terrorism" were still being used by some countries as an "instrument of state policy". At a working dinner of G20 Summit in Turkey's Antalya - a two-day meet of the leaders of 20 top economies which was completely overshadowed by the issue of terror - PM Modi called for stronger role for the UN in dealing with "one of greatest human challenges".