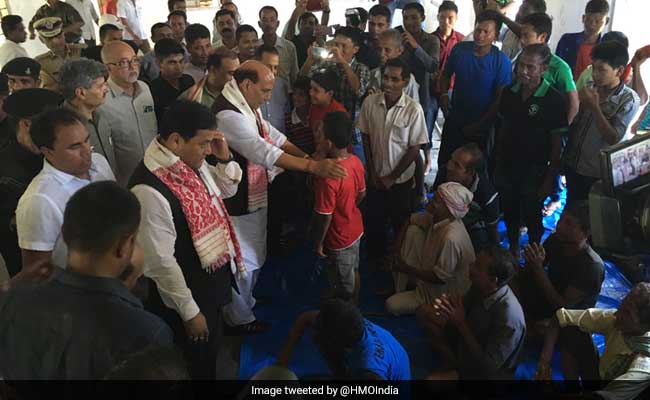 Rajnath Singh meeting the family members of those affected by the floods in Assam.

Guwahati: Union home minister Rajnath Singh is in Assam to take stock of the damage caused by the ongoing floods, which have so far killed 26 people. Floods are ravaging Bihar too, where 26 people have died and 25 lakh people have been displaced.

Here are the 10 facts in this big story: