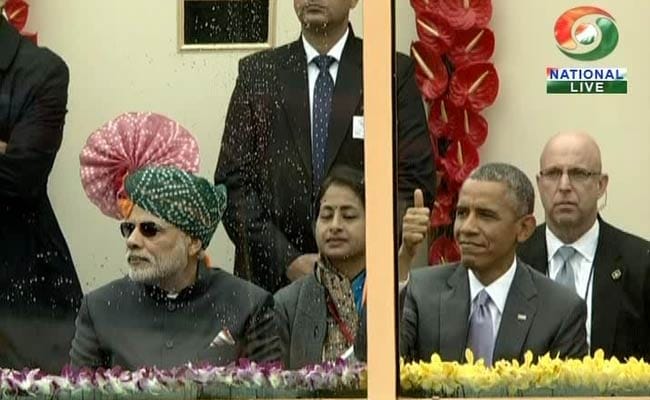 New Delhi: The motorcycle stunt riders from the Border Security Force, called India's Daredevils got a thumbs up from chief guest US president Barack Obama at the Republic Day parade this morning. His wife Michelle Obama applauded for the bikers and also when the armed forces put up a spectacular air show to end the show.