BJP MLA Rameshwar Sharma said, "We are objecting as cow milk is being sold alongside chicken. This is hurting the religious sentiment of people." 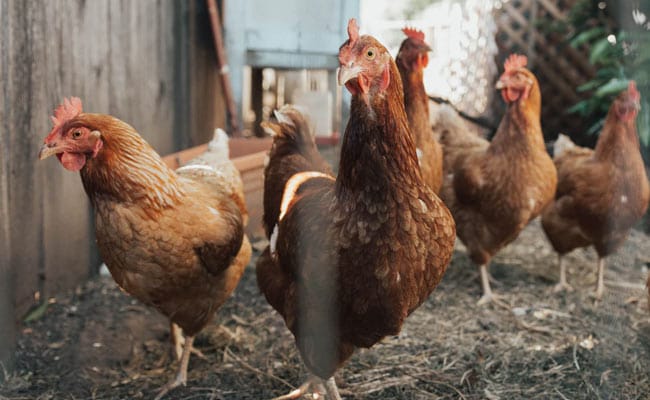 Selling of chicken and milk in the same outlet in Madhya Pradesh has drawn criticism from BJP.

A project by Madhya Pradesh government to sell chicken and milk in the same outlet has drawn criticism from the opposition BJP which says that it's hurting the religious sentiments of the people.

"We are objecting as cow milk is being sold alongside chicken. This is hurting the religious sentiment of people. We request the government to look into it," BJP MLA Rameshwar Sharma was quoted as saying by news agency ANI.

"Milk parlours and chicken parlour should be given to two different traders and shops should be opened at some distance from each other," the MLA added.

The state government has started the project to increase the earnings of women from the tribal society. As part of the pilot project, the first outlet has been opened in Bhopal's Vaishali Nagar.

Animal Husbandry Minister Lakhan Singh said the quality products are being provided to people under this project.

"People will get good quality eggs and milk. Tribals will get employment. Kadaknath chicken is also being sold in the chicken parlour that is only available in Jhabua and Alirajpur," he said.

Kadaknath is a breed of chicken, also known as Kali Masi, and is well-known for its high  high iron content and much lower cholesterol than other breeds.