The second production line for LCA Tejas, inaugurated by Defence Minister Rajnath Singh, at the Hindustan Aeronautics Limited (HAL) in Bengaluru will double the production of India's indigenous fighter jet LCA Tejas to 16 per year.

"We cannot remain dependent on other countries for the defence of our country... You (HAL) have received a Rs 48,000-cr order from the armed forces. This is the biggest indigenous defence procurement, which will give new heights to Indian aerospace sector. It is a historical deal," Rajnath Singh said while addressing a gathering of HAL management and staffers.

"Tejas is not only indigenous it is also better than its foreign equivalents on several parameters and comparatively cheaper. Many countries have shown interest in Tejas. India will achieve the target of Rs 1.75 lakh-crore in the field of defence manufacturing in few years," Mr Singh wrote tweeting images of his day at the HAL facility.

Inaugurated the HAL's new LCA-Tejas Production Line in Bengaluru today. Under the ‘Aatmanirbhar Bharat Abhiyan' India is looking forward to increase its defence manufacturing capabilities. India cannot remain dependent on other countries for its defence. @HALHQBLRpic.twitter.com/7HCmYnjp1P

The second production line for LCA Tejas is spread over 35 acres and is all set to go. It will give a significant boost to India's aspiration for self-reliance -- the cornerstone of the centre's growth plan for the country -- in meeting its defence needs.

"It will double the production of LCA Tejas to 16 aircrafts a year towards completing the Air Force order of 83 jets," EP Jayadeva, General Manager of HAL's LCA Tejas Division told NDTV in an exclusive interaction.

"It will take us about five years to complete the order. But we have set a three-year target. We are also setting up facility for trainer (aircraft) assembly," he said, adding that the focus will be on first supplying the trainer jets. 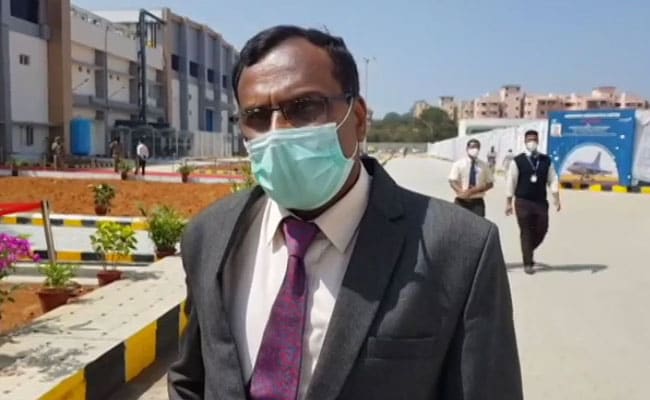 The project will include many public and private sector players and create an estimated 5,000 primary jobs in the private sector.

This is the first time that Indian private players are partnering to manufacture aircraft fuselage and wings.

Among the new technologies to be featured in the LCA Tejas are Digital Fly-By Wire and Mission Computer-Controlled Avionics.

Employees of HAL, who attended the function posed for pictures against a backdrop of images of LCA Tejas.

We are proud to be part of the whole endeavour, they told NDTV.

Aero India Takes Off Today With Buzz Around 'Aatmanirbhar Bharat'