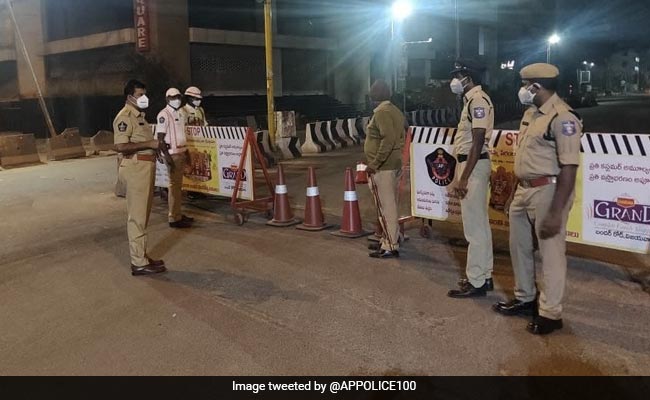 An alleged case of gang-rape led to political acrimony between the ruling YSR Congress and the main opposition Telugu Desam Party in Andhra Pradesh on Friday even as Chief Minister Y S Jagan Mohan Reddy announced an assistance of Rs 10 lakh to the survivor.

State Director General of Police K V Rajendranath Reddy ordered suspension of the inspector and sub-inspector of Nunna Police Station in Vijayawada, under which the survivor's residence fell.

A 23-year-old woman, who was said to be mentally challenged, was allegedly lured to the Government General Hospital in Vijayawada by a person three days ago and confined to a dingy room. He, followed by two of his friends, allegedly took turns to rape the young woman for over 20 hours, according to the police.

The incident came to light after she returned home on Thursday.

Police identified the culprits as workers of a private firm that was engaged by the government hospital for fogging work.

They were immediately arrested, police said, adding that the survivor was admitted to the hospital for treatment.

However, the police came under sharp attack from various quarters for having failed to act on the complaint of the survivor's father about the disappearance of his daughter.

Following this, the DGP placed the Nunna Station House Officer and the sector SI under suspension for dereliction of duty.

On Friday, TDP chief Naidu went to the (old) GGH to console the survivor. By then, the Women's Commission chairperson was inside the victim's room.

An altercation then ensued between Mr Naidu and Ms Padma even as former MLA B Uma and former Mayor P Anuradha of the TDP joined in.

There was commotion in the hospital as the TDP members resorted to slogan-shouting, which infuriated the Commission chairperson.

She exchanged words with the TDP leaders and said it was not the venue to politicise the issue.

A release from the Chief Minister's Office (CMO) said Chief Minister Reddy directed the Medical and Health Department authorities to conduct a thorough inquiry into the lapses that led to the rape incident on the government hospital premises.

The health authorities immediately terminated the service contract of the fogging agency as well as the private security agency, holding them responsible for the incident.

Later in the evening, the Women's Commission chairperson issued notices to Chandrababu Naidu and former MLA B Uma, directing them to appear for an enquiry before the Commission on April 27 and give an explanation.

"Being an ex-CM and the opposition leader-cum-Telugu Desam Party leader of Andhra Pradesh, you have come to the place along with your henchmen and wantonly created galata and tense atmosphere, made patients panic and also used abusive language with tyranny by outraging and insulting modesty of the Chairperson, A.P. Women's Commission and misbehaved being a responsible person," Ms Padma alleged in the notice.

She pointed out that under Section 14 of the AP Women's Commission Act, 1998, the Commission was vested with the powers of a civil court "for the purpose of Section 195 of CrPC".

Meanwhile, Jana Sena chief K Pawan Kalyan expressed anguish over the gang-rape incident and blamed police failure for it. The incident also exposed the lack of security and surveillance in a major government hospital, he said in a statement.