Mahesh Babu's two bank accounts were attached by the Goods and Services Tax department on Thursday. 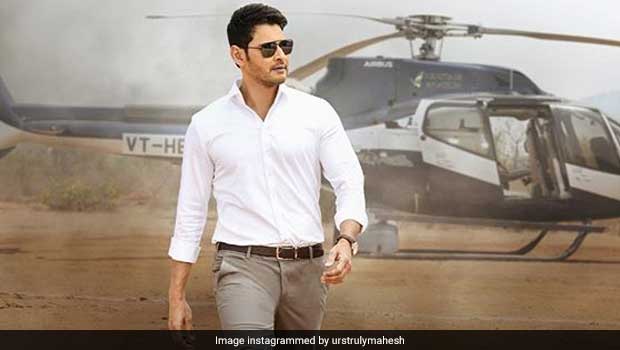 Mahesh Babu's legal team said a dispute on the matter was pending before court.

Actor Mahesh Babu has said there was no undisputed tax payable and that he was a law-abiding citizen complying with all fiscal legislations.

Two bank accounts of Mr Babu were frozen by the Goods and Services Tax department on Thursday. The Telugu actor's legal team said a dispute on the matter was pending before court.

"The GST Commissionerate Hyderabad has attached the bank accounts for a disputed tax demand of Rs 18.5 lakh claiming Rs 73.5 lakh towards Tax interest and penalty for brand ambassador services rendered in FY 2007-08 which was not taxable service," the team said in a release on Friday.

The brand ambassador service was brought in the statute only from July 2010, it said.

"Mahesh Babu is a law abiding citizen complying with all fiscal legislations and has no undisputed tax payable," the release said.

The GST Commissionerate, Hyderabad froze the bank accounts without notice when several judicial pronouncements on the issue is in favour of Mr Babu and more so when the dispute is pending before the High Court, according to the team.

The GST department had said on Thursday the accounts were attached to recover service tax dues from him.

According to a release issued by the Commissionerate, the actor has not paid the Service Tax during 2007-08 for the taxable services he rendered as brand ambassador, appearance money and advertising for promotion of products, among others.

On Camera, Andhra Government Employee Hits Woman Who Asked Him To Wear Mask