Fani Cyclone: Andhra Pradesh weather forecasting division predicted that cyclone Fani is likely to make landfall near Puri in Odisha at 11 am today. 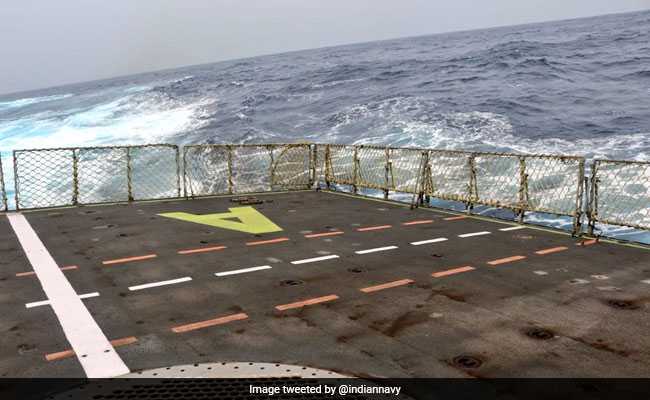 In view of the severe cyclonic storm Fani, Andhra Pradesh Eastern Power Distribution Corporation Ltd (APEPDCL) has cautioned public to be more alert regarding any untoward power accidents due to nature's fury.

The CMD said that for quick restoration of power, 5,000 contract workers, who were drawn from Vizinagaram, Visakhapatnam, East and West Godavari Districts were already on standby position in Srikakulam cyclone prone areas with necessary equipment like vehicles, poles, wires and with transformers.

Andhra Pradesh Weather Forecasting and Early Warning Research Centre (AWARE) a division of RTGS predicted that cyclone Fani intensified as super cyclone at 5.30 pm on Thursday and is likely to make landfall near Puri in Odisha at 11 am today.

Cyclone Fani is expected to cause heavy downpour in the coastal mandals of north Srikakulam and Vijayanagaram. The cyclone may hit with a wind speed of 150-180 kmph.

Due to severity of the cyclone and considering that northern part of Srikakulam district is expected to receive heavy rainfall with high speed, it was advised the vehicle movement to be stopped during the time of landfall.

In view of very severe cyclonic storm Fani scheduled to landfall near Puri on May 3, Odisha government has decided to disconnect the power supply when the wind speed reaches 50 kilometers per hour as a precautionary measure for the safety of people and equipment.

The state government said that once the wind speed reduces, the power supply shall be restored in a phased manner after the necessary checking of electrical installations.

India Meteorological Department (IMD) has said that the cyclone Fani is very likely to cross Odisha coast between Gopalpur and Chandbali, south of Puri during May 3 forenoon with maximum sustained wind speed of 170-180 kmph gusting to 200 kmph.

IMD further said that the landfall process is very likely to continue till noon of May 3.

Meanwhile, Odisha Chief Minister's Office posted on its official Twitter page that more than one million people have been evacuated from vulnerable districts in Odisha in the last 24 hours.

In Ganjam and Puri, more than three lakh and 1.3 lakh people, respectively, have been moved to safe shelters. About 5000 kitchens have started operations to serve people residing in these shelters, it added.