While Chandrababu Naidu had earlier indicated that ties are possible, his party leader TG Venkatesh went public, saying an announcement about the alliance could happen in March, when there is more clarity about seat sharing. 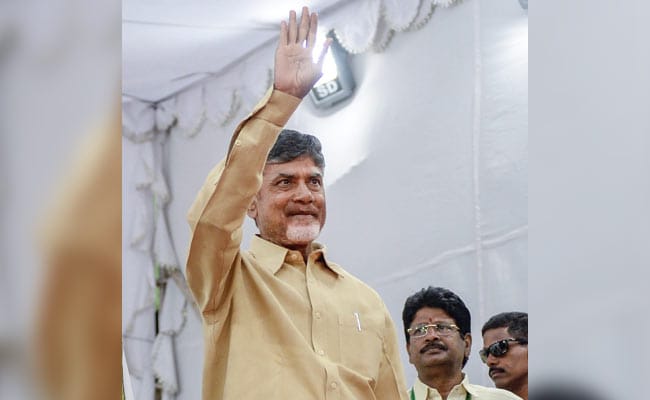 Chandrababu Naidu had formed alliance with BJP and Pawan Kalyan's Jana Sena, which later fell through.

Andhra Pradesh Chief Minister Chandrababu Naidu may yet revive his ties with actor Pawan Kalyan's party in the state for the coming Lok Sabha elections, where his biggest challenge is beating opposition YSR Congress of Jaganmohan Reddy.

While Chandrababu Naidu had earlier indicated that this is possible, his party leader TG Venkatesh went public on Thursday, saying an announcement about the alliance could happen in March, when there is more clarity about seat sharing.

In 2014, Mr Naidu had formed an alliance with the BJP and Pawan Kalyan's Jana Sena, which later fell through.

The Telugu Desam Party chief had pulled out of the NDA last year after his hopes for a special category status for the state, as well as goodies during the budget, were dashed.

His move was also seen as a counter to Mr Reddy, who has set himself up as a champion of the state's special status and accused Mr Naidu of unable to deliver on that front despite being in alliance with the BJP.

In October, the Chief Minister had accused the Jana Sena chief of targeting him in collusion with the BJP, TRS chief K Chandrasekhar Rao and Mr Reddy.

Mr Naidu had been at the receiving end of jeers from the three parties since he declared that he would ally with the Congress for the assembly elections in Telangana.

While Mr Rao called Mr Naidu a "thief and betrayer", Pawan Kalyan had said he had "no sense of shame" - remarks that had incensed the Chief Minister.

There is immense public anger against the Congress, which is seen as being responsible for the bifurcation of Telangana.  It has even affected the party's chances in the elections in state and cancelled out any prospects of a partnership, Mr Naidu has admitted.

But there were hopes that the situation will be better in Telangana, where Mr Naidu was expecting to revive his fortunes. But the alliance crashed at the hustings as Mr Rao's Telangana Rashtra Samithi practically swept last year's elections.

The situation leaves Mr Naidu without a strong partner in the state, where the YSR Congress has been on a mission, holding a record-breaking footmarch across the state.

Mr Reddy has also come to an understanding with the Telangana Chief Minister. He has told people that he and Mr Rao would get together to bring special category status for Andhra Pradesh.