Apart from Uttar Pradesh, some isolated places of Uttrakhand are also affected due to swelling of river water in Ganga. 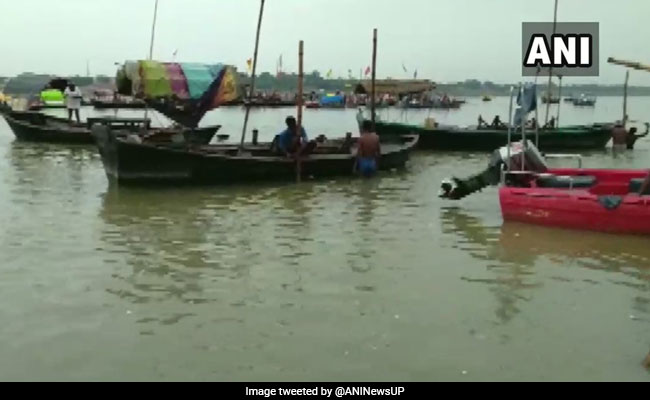 Thousands have been displaced from the surrounding areas of the swelled-up river.

In Uttar Pradesh's Prayagraj, incessant rain have led to an increase in water level of river Ganga. This has led to a flood-like situation at Sangam Ghat with houses near the river submerged in water.

Thousands have been displaced from the surrounding areas of the swelled up river.

"We have to move to some other place as the water level in the river is rising at a very fast pace," said Sharad Tiwari, a city resident.

"We are facing a lot of problems as we have to shift to some other place. We have packed everything and moving in the area which is upwards," said another resident.

Apart from Uttar Pradesh, some isolated places of Uttrakhand are also affected due to swelling up of river water in Ganga.

On Wednesday, the water level of river Ganga rose to a dangerous mark of 338.5 metres in Rishikesh.

The Indian Meteorological Department has predicted more rainfall in the region in the next couple of days.