Gujarat Chief Minister Vijay Rupani said he has ordered strict action against those responsible for the accident. 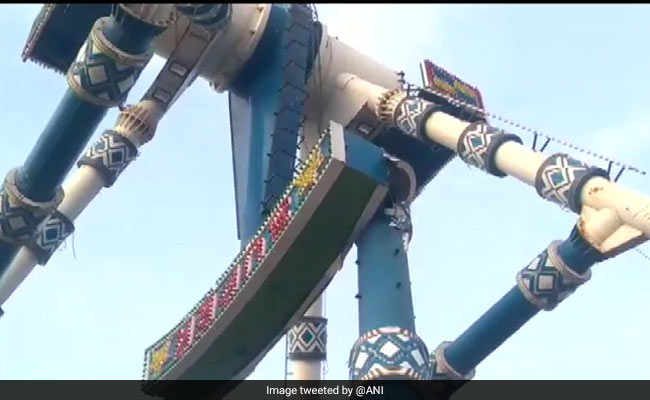 A ride at Kankaria Adventure Park on Sunday collapsed after a pipe of the main shaft broke.

Six people, including managing director of a company operating an amusement park in Ahmedabad, were charged in a First Information Report (FIR) a day after two people were killed and 27 injured when a ride collapsed there, an official said on Monday.

There were around 30 people on the ride at Kankaria Adventure Park on Sunday when it collapsed after a pipe of the main shaft broke.

Gujarat Chief Minister Vijay Rupani has also ordered strict action against those responsible for the accident and has asked the authorities concerned to conduct safety checks of such rides before allowing them to operate.

"An inquiry is going on and we will soon arrest those named in the FIR," Maninagar police station's inspector S M Patel said.

Meanwhile, Mr Rupani said he has ordered strict action against those responsible for the accident.

"I have also asked the authorities to conduct safety checks and only then allow such rides to operate in the state," he said.

Those who died in the accident were identified as Manali Rajwadi (24) and Mohammad Javed (22), a police official said.

Officials from the Forensic Science Laboratory in Ahmedabad also visited the spot and were trying to ascertain the exact cause of the accident.