Two people died and 27 others were injured in an accident at an amusement park in Gujarat's Ahmedabad on Sunday.

A ride carrying around 30 people in the Kankaria Adventure Park collapsed after a pipe of the main shaft broke. Civic officials arrived at the spot soon after, and those injured were taken to a hospital nearby. At least 15 people are believed to be critically injured.

Those who died in the accident have been identified as Manali Rajwadi, 24, and Mohammad Javed, 22, a police official said.

"There are 32 seats in the ride that go round. The pipe of the main shaft broke and crashed on the ground. How that pipe broke is a matter of investigation by Forensic Science Laboratory (FSL)," Chief Fire Officer MF Dastoor said. 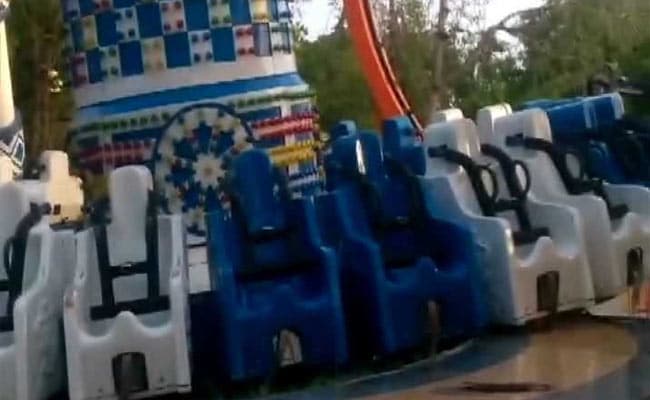 The municipal body had given a contract to private contractors to operate the rides in the area.

"Police along with the Forensic Science Laboratory (FSL) team will investigate why the ride malfunctioned, the mechanical reason behind it. Proper treatment is being given to injured," a top civic official told news agency ANI. He further said strict action will be against those responsible for the accident.

Last month, the Ahmedabad Fire Brigade had carried out a midnight rescue operation after as many as 40 people were stuck on a ferris wheel at a fare in the city.

Fire officials had to use a 55-metre-tall snorkel to rescue those who were stuck, including 14 children and eight women.