Woman Killed Father Who Raped Her, Hid Body In Garden For 12 Years

The images were painful reminders of her childhood, of the decades of abuse at the hands of a father who allegedly used her as a "sex slave" and raped her hundreds of times. 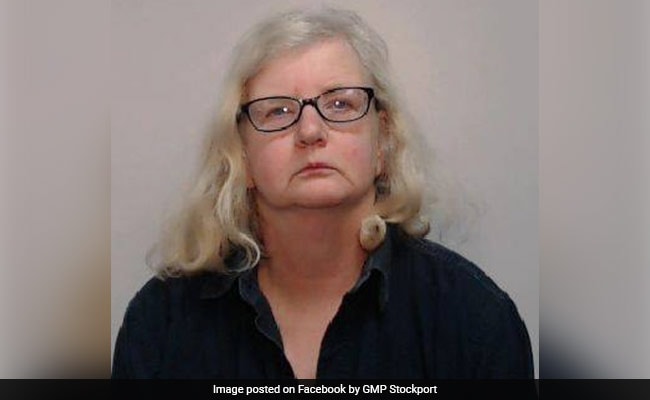 For 12 years, she lived in the same home, only yards away from the body of her dead father

Barbara Coombes, 51, had just been gardening in her father's backyard, on a street of red-brick terrace homes in their quiet suburb near Manchester, England, when she went inside and spotted a box on the dining room table.

Sifting through the box, she was repulsed by what she saw: A trove of pornographic photos - of children. Among them were explicit photographs of herself as a child, according to a court hearing reported by the Manchester Evening News.

The images were painful reminders of her childhood, of the decades of abuse at the hands of a father who allegedly used her as a "sex slave" and raped her hundreds of times, the Guardian reported, citing the Manchester crown court hearing.

"I could feel a black cloud appearing over me," Coombes said in court this week, according to the Evening News. "In a haze of disgust and disbelief, I picked up a shovel I had been gardening with and walked into the living room where my father was standing."

She took the shovel and clobbered the 87-year-old man, Kenneth Coombes, in the back of the head, Greater Manchester Police said. As he turned toward her, she hit him again. Then, using the shovel's sharp blade, she slit his throat and watched him bleed to death, the Evening News reported.

Coombes wrapped her father's body in an old rug and hauled it out to the back garden, hiding it behind a tree, police said. The next day she bought about 2,000 pounds of soil, using it to bury the body in a covert grave, circled neatly with bricks. The body would remain there for more than a decade. It was a secret Coombes would keep even from her closest relatives who were made to believe the elderly war veteran had simply died of a heart condition.

For 12 years, she lived in the same home, police said, her bedroom window only yards away from the body of her dead father.

In January of this year, Coombes admitted to killing her father, concealing his death and profiting from his pension benefits. She eventually pleaded guilty to manslaughter, not murder, on the grounds of "diminished responsibility."

And on Wednesday, a judge in Manchester sentenced Coombes, now 63, to nine years in prison for the manslaughter of her father.

The judge, Timothy King, told Coombes he realized the years of abuse took a "devastating" toll on Coombes, the Times of London reported. Still, he said, the "history of abuse may explain but not justify the taking of life."

Growing up in the Manchester suburb of Stockport, both Coombes and her mother suffered at the hands of Coombes' father, according to the Evening News. Kenneth Coombes was described in court as a "formidable" man who served as a mechanic during World War II.

"She had no friends, no life outside the house where she was treated as a slave and controlled by her father and had no one to talk to," lawyer Martin Heslop said in court, according to ITV.

Heslop said Coombes' father may have even been the father of her first child, who died shortly after birth, the Guardian reported.

When Coombes was less than nine years old, her father allegedly took her to a "photography club" and forced her to expose her genital area as men took pictures of her, the Guardian reported. Even as Coombes grew older, into her 40s and 50s, her father continued to molest her, she told authorities.

When her marriage fell apart, and long after her mother had died of cervical cancer, Coombes and her 16-year-old daughter moved back in with her father.

In 2006, Coombes told those close to her had her father had died unexpectedly and the hospital handled his cremation, police said. She devised a "series of elaborate lies" to cover up the killing, according to ITV: She wrote her brother a letter telling him their father had died of a heart attack. She canceled all of his medical appointments. She told her daughter that her grandfather would not have wanted the "fuss" of a funeral.

"To my knowledge this man Kenneth just disappeared," a neighbor, Terry Sever, told the Evening News. "I was not that friendly to ask where he went. I just did not see him anymore."

And over the course of all these years, Coombes was profiting off her late father. According to police, she fraudulently received more than 180,000 pounds in benefits, the equivalent today of about $236,000.

Then, an official from the local housing association reached out to schedule a "winter welfare" visit for Kenneth Coombes at his home.

As the "net began to tighten" she decided to turn herself in, the BBC reported. The day before the scheduled meeting, she walked into a police station, emotionless, and confessed to killing her father 12 years earlier. Two days later, police uncovered the body in the back garden.

Prosecutors in court described how Coombes suffered from "a lifetime of abuse." Psychiatric reports showed that she suffered from post-traumatic stress disorder and severe depression, the BBC reported.

Still, Coombes "showed absolutely no concern for what she had done and denied everyone the chance to say goodbye, as Kenneth lay buried at the bottom of his own garden, just meters from her own bedroom window," Senior Investigating Officer Duncan Thorpe of the Greater Manchester Police said in a statement.

"Despite having years to tell someone what really happened, she only came forward when she had no other choice," Thorpe added.