US Must Resist Isolation, Barack Obama Says Ahead Of Europe Trip 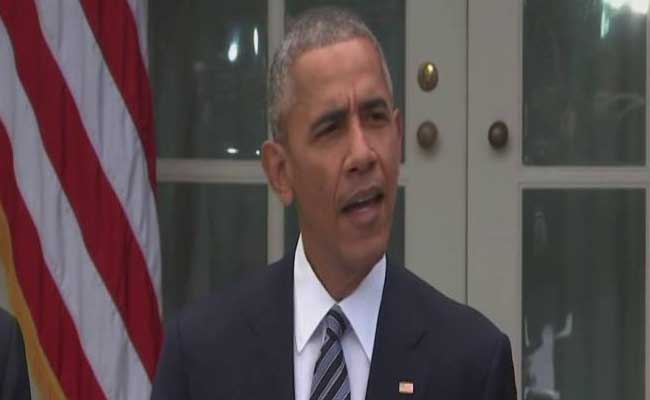 Barack Obama travels to Greece and Germany from Tuesday before heading to Peru.

Athens: The United States must resist the "urge" of isolationism under new leader Donald Trump and work with allies, outgoing President Barack Obama said Saturday ahead of his last visit to Europe.

"Our best chance for progress is to resist the urge to turn inward and instead reinvigorate our shared values and work together to ensure that our political and economic institutions deliver the security and prosperity our people deserve," Obama told Greece's Kathimerini newspaper.

Obama, who travels to Greece and Germany from Tuesday before heading to Peru, fired repeated messages towards his incoming successor Trump in the interview.

"I believe that European integration is one of the greatest political and economic achievements of modern times, with benefits for EU members, the United States and the entire world," Obama said.

"Europe is our largest economic partner and we have a profound economic interest in a Europe that is stable and growing."

Trump's election this week, already greeted by protests in some US cities, has thrown delicately balanced geopolitics into flux.

During the campaign, the brash Republican called into question long-standing alliances including NATO, global agreements on climate and Iran's nuclear programme, and appeared to side with Russia on key policy issues.

Across America and the world, questions are now being raised about Trump's respect for the rule of law and the separation of powers.

"Prosperity and growth thrive in transparent, predictable, stable environments where the rule of law protects individual rights and provides local entrepreneurs the confidence they need to grow and international businesses the sense of security they need to invest," Obama said.

In fighting the war in Syria, he noted, "we have to stay true to the values and respect for human dignity that are at the core of our democratic, pluralistic societies."

(This story has not been edited by NDTV staff and is auto-generated from a syndicated feed.)
Comments
President Barack ObamaEurope tripObama Europe TripNATO