He reportedly told police he was made a "puppet" by the Uber application, which directed him to shoot people over the course of several hours. 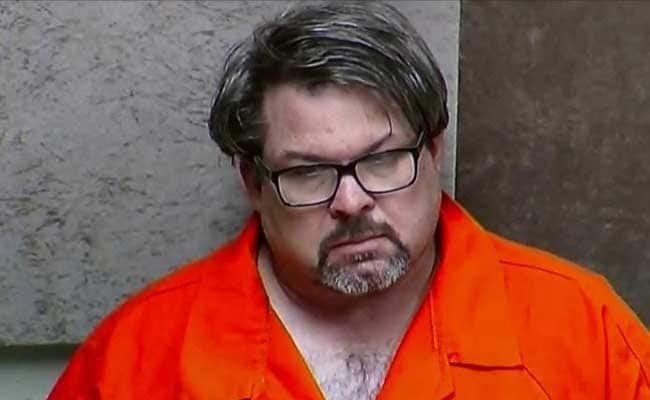 Jason Dalton, 48, has offered no public explanation for his crimes. (FILE PHOTO)

An Uber driver who killed six people on a shooting spree in the US Midwest was sentenced Tuesday to life in prison without the possibility of parole.

Jason Dalton last month admitted six counts of murder, two counts of attempted murder and eight firearms charges, just as his trial was scheduled to get under way.

The married father-of-two, who moonlighted as an Uber driver, went on a shooting rampage in the small city of Kalamazoo in Michigan three years ago, gunning down people at random in between driving for customers.

"When you were shooting my son, and the nine bullets were riveting in and out of his body as he was dying on the ground, were you thinking of your son?" Laurie Smith, who lost her 17-year-old son and her husband, demanded as the court heard victim impact statements.

"What gives you the right to not only destroy my family, but your own as well, and all of the other innocent families?"

Dalton, 48, has offered no public explanation for his crimes. He reportedly told police he was made a "puppet" by the Uber application, which directed him to shoot people over the course of several hours.

Presiding judge Alexander Lipsey told Dalton the reason for the killings "is only going to be known to you and to our creator."

As well as Smith's husband and son, shot 16 times at a car dealership, Dalton murdered four senior citizens in a restaurant parking lot.

A teen who was also at the parking lot was wounded but escaped with his life, as did a 25-year-old mother hit while shielding a group of children.

"You somehow decided that I didn't need my husband any more, or my son," Smith said, turning to look at Dalton who remained expressionless, sunken in his chair, and facing away from speakers throughout the proceeding.

When confirming that he intended to change his plea, Dalton told the presiding judge he had "wanted this for quite a while."

Local TV station WOOD reported that Dalton chose to plead guilty to spare his family and victims' families the ordeal of a trial.

Uber spokeswoman Brooke Anderson said Dalton had been working for the ride-sharing firm for slightly more than a week prior to the shootings and that he had passed a background check.

"There's no background check that would have caught anything with his record, because he didn't have a criminal record," she told AFP.

(Except for the headline, this story has not been edited by NDTV staff and is published from a syndicated feed.)
Comments
Uber driverJason Dalton jailedMichigan