"I am convinced that your vitality, good spirits and optimism will help you cope with this dangerous virus," the Kremlin quoted Vladimir Putin as saying in the message. 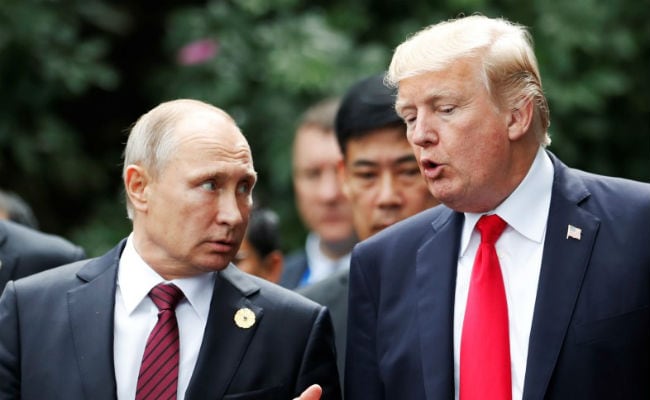 Russian President Vladimir Putin wished Donald Trump a speedy recovery in a telegram on Friday, saying he was sure the US leader's qualities would help him fight off the coronavirus.

"I am convinced that your vitality, good spirits and optimism will help you cope with this dangerous virus," the Kremlin quoted Putin as saying in the message.

Putin's spokesman Dmitry Peskov had earlier wished Trump "a speedy and easy recovery" on behalf of the Kremlin.

Peskov said Putin was considering whether to be vaccinated against the coronavirus, after Russia announced in August that it had developed a vaccine named "Sputnik V" after the historic Soviet-era satellite.

"When he does it, we will announce it," Peskov said.

Russia has prided itself on registering the world's first coronavirus vaccine, although it is still undergoing large-scale clinical trials after promising results in early trials.

In a speech to the United Nations last month, Putin offered to inoculate those working at the international organisation for free.

He earlier said that one of his daughters had been vaccinated.