Poland Rules Out Roman Polanski Extradition to US 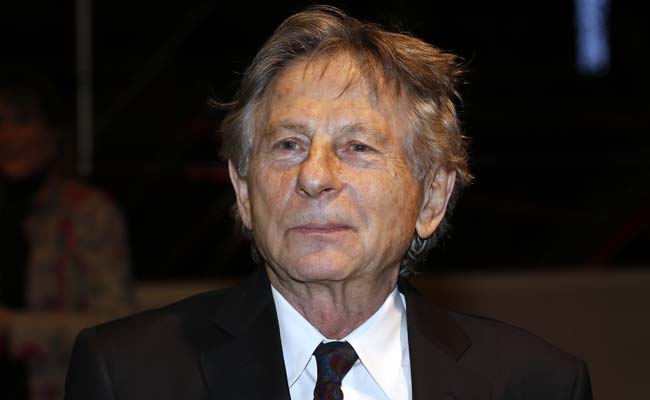 Warsaw: Poland on Friday ruled out the extradition of Oscar-winning director Roman Polanski to the United States to face sentencing for a 1977 case of statutory rape.

The prosecutor's office in the southern city of Krakow said the October 30 decision by a local court "to refuse to hand Roman Polanski over to US authorities was justified" and so there was no basis for an appeal.

The decision "ends the legal proceedings" against the 82-year-old French-Polish director of "The Pianist", "Chinatown" and "Rosemary's Baby", leaving him free to reside in Poland, one of his lawyers, Jerzy Stachowicz, told AFP.

But new conservative Justice Minister Zbigniew Ziobro described Friday's decision as "surprising" and announced a "very detailed review of the validity of this decision" next year.

For the court decision to take effect, he must now communicate it to US authorities. He had previously spoken in favour of extraditing Polanski over the 1977 rape in Los Angeles of Samantha Geimer, then 13 years old.

"Mr. Polanski's case was viewed by very many Poles as a litmus test as to whether everyone is equal before the law regardless of their social status," Ziobro told Poland's PAP news agency on Friday.

But Polanski's lawyer brushed aside questions over what would happen if Ziobro did not confirm the Krakow court ruling, saying "if the minister respects the rules and procedures, he (Polanski) has no reason to worry".

It appears Polanski is now free to pursue plans to begin filming a new drama about France's Dreyfus Affair on location in Poland without fear of arrest or detention.

Alfred Dreyfus was an army captain wrongly convicted in 1894 of espionage and treason whose ordeal became a symbol of injustice and anti-Semitism.

The judge presiding over Polanski's extradition hearing in Krakow last month was fiercely critical of the original US investigation into the film-maker's case, saying the US judges and prosecutors had flouted "the rules of a fair trial".

"Had Poland accepted the US extradition request, it would have violated the rights of Mr Polanski and at the same time the European Convention on Human Rights," judge Dariusz Mazur said at the time.

The United States filed its extradition request in January.

In February, Polanski testified for a marathon nine hours at the first closed-door extradition hearing.

Following the Krakow court decision against his extradition Polanski said he was "obviously very happy", but admitted that the case "cost me a lot of energy, health".

Born in Paris in 1933 to Polish Jewish parents, Polanski's family was torn apart by the Holocaust after returning to live in Poland before World War II.

He was eight when the Nazis arrested his parents in Krakow's Jewish ghetto - sending them to concentration camps from which his mother never returned - and forcing him into years of wandering with other children.

He arrived in Hollywood in 1968 to shoot his first big international hit, "Rosemary's Baby".

Tragedy shattered Polanski's life again the following year when his heavily-pregnant wife, the model and actress Sharon Tate, and four friends were brutally slaughtered in the director's mansion by cult leader Charles Manson and his followers.

Polanski is still wanted by the US for sentencing over the 1977 Geimer rape after a photo shoot in Los Angeles.

He pleaded guilty to unlawful sex with a minor, or statutory rape, avoiding a trial, but then fled the country fearing a hefty sentence. He now lives in France.
Comments
PolandRoman PolanskiPolanski 1977 case of statutory rapeKrakow