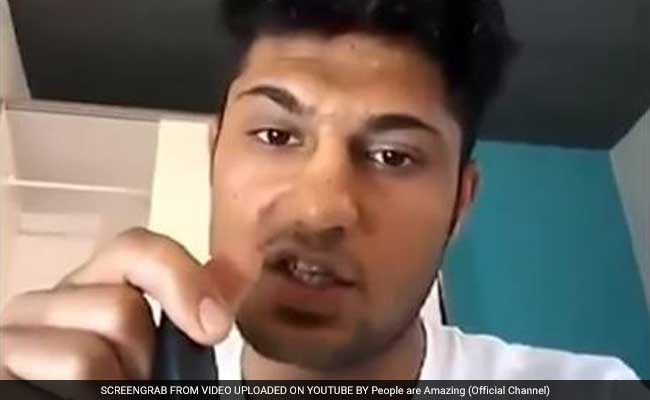 Afghan teenager arrested for axe rampage in Germany had reportedly discussed it with ISIS.(File Photo)

Berlin: The perpetrators of two attacks in Germany claimed by the ISIS group were given advice on the separate assaults by members of the jihadist organisation, Der Spiegel reported today.

Without citing its sources, the weekly said the two men exchanged messages with individuals using different phone numbers, including some that were registered in Saudi Arabia.

The Afghan teenager who in July went on an axe rampage on a train, wounding four tourists from Hong Kong and a German passer-by, had reportedly discussed how he would carry out the attack with his IS contacts.

In one of the exchanges, an ISIS contact suggested that the teen, named by German media as Riaz Khan Ahmadzai, could drive a car into a crowd, but the Afghan rejected the idea as he did not have a driver's licence, the report said.

The teen said he would instead get on a train and carry out his attack onboard.

In a separate attack that happened six days later on July 24, a Syrian asylum seeker aged 27 named by German media as Mohamed Daleel set off an explosive device near an open-air music festival that killed him and wounded a dozen others.

But Spiegel said messages from his phone suggest that the assault in the southern city of Ansbach was not meant to have been a suicide bombing.

Rather, his contact had reportedly asked him to detonate the bomb and film the subsequent chaos before sending the footage to the ISIS.

The messages also suggested that Daleel was due to carry out other attacks.

The assaults -- which happened over a span of a week when another asylum seeker killed a woman in a knife attack and a German national shot nine dead in a gun rampage -- have put pressure on Chancellor Angela Merkel to reverse her welcoming stance to refugees.

But Merkel has rebuffed the calls, saying the assailants sought to "undermine our sense of community, our openness and our willingness to help people in need," but "we firmly reject this".
Comments
Germany AttackChancellor Angela MerkelKnife attackaxe assault