How Saudi Royal, Mocked By Elon Musk, Ended Up Backing Him

It's unclear exactly how Musk swayed the Saudi billionaire - initially the Tesla co-founder mocked the Saudi royal - but sticking with the company is in keeping with Alwaleed's tendency to hold tight on high-profile bets through ups and downs. 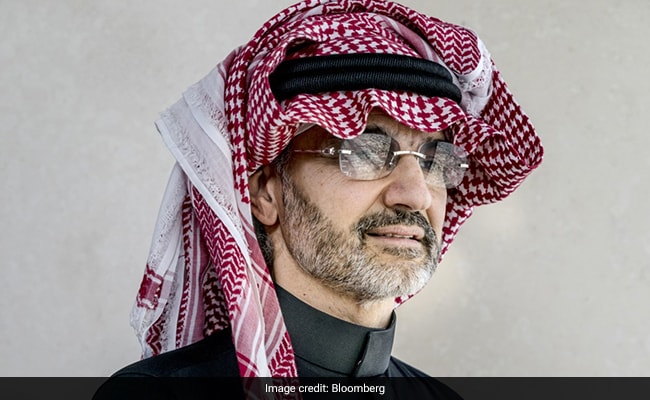 Prince Alwaleed rose to prominence in the early 1990s when he emerged as a savior of Citicorp.

"Great to connect with you my `new' friend @elonmusk," Alwaleed tweeted Thursday, shortly after a Securities and Exchange Commission filing showed he agreed to roll his entire $1.9 billion stake into a privatized Twitter. When Musk announced his $54.20-per-share offer in April, Alwaleed used the social-media platform to reject the offer, saying it didn't "come close" to the company's intrinsic value.

I believe you will be an excellent leader for @Twitter to propel & maximise its great potential@Kingdom_KHC & I look forward to roll our ~$1.9bn in the “new” @Twitter and join you on this exciting journey

It's unclear exactly how Musk swayed the Saudi billionaire - initially the Tesla co-founder mocked the Saudi royal - but sticking with the company is in keeping with Alwaleed's tendency to hold tight on high-profile bets through ups and downs.

The strategy has yielded mixed results. Alwaleed, 67, rose to prominence in Wall Street circles in the early 1990s when he emerged as a savior of Citicorp, a predecessor of Citigroup Inc., which was struggling after a spate of bad loans. His stake soared more than 190% over the following decade. When the financial crisis hit in 2008, Alwaleed boosted his holding as the share price plunged. Citigroup's stock now trades at less than a tenth of its pre-crisis heights.

He stuck with a $345 million bet on Euro Disney despite years of cash-flow struggles and image problems, helping to recapitalize the floundering Paris theme park in 2014.  And in an acid test of his faith in management, Alwaleed stood by the Murdoch family during the 2012 phone-hacking scandal at News Corp., where he was among the biggest shareholders. The prince only sold his stakes in News Corp and its spinoff, 21st Century Fox, several  years later.

Alwaleed styled his investment approach after Warren Buffett, once calling himself the Oracle of Omaha's Arabian equivalent. His version of Berkshire Hathaway Inc. is Kingdom Holding Co., a Saudi-listed conglomerate that owns stakes in closely held and public equities all over the world. His portfolio includes interests in Saudi entertainment company Rotana, Snapchat Inc. and Lyft Inc. Alwaleed's 95% stake in Kingdom comprises a little more than half of his $16.4 billion fortune, according to the Bloomberg Billionaires Index. He hasn't sold any shares since the company's 2007 initial public offering.

Alwaeed became involved in Twitter in 2011, two years before the company's IPO, with a $300 million investment. Typical of his deals, Alwaleed invested both in his own name and through Kingdom Holding. He doesn't sit on the board and has primarily been a passive investor.

After Alwaleed's initial snub of the offer, Musk asked -- on Twitter, of course -- about Saudi Arabia's stance on journalistic freedom of speech. The country ranks 166th out of 180 on this year's Press Freedom Index, one rung below Honduras. The number of imprisoned journalists and bloggers has tripled since 2017, the year Mohammed bin Salman was appointed crown prince. Alwaleed didn't Tweet a response.

Twitter gained traction early on with Saudi Arabia's youthful population, who embraced the medium as a welcome tool in a country where traditional media is controlled by the government. De facto ruler Prince Mohammed has reportedly used the service to spy on critics of the regime.

Alwaleed has been a vocal supporter of Prince Mohammed's modernization efforts, such as granting Saudi women the right to drive, but his stature on the global investment stage has faded somewhat since he was detained in the Crown Prince's anti-corruption drive in 2017. He was released after 83 days of imprisonment upon reaching an unspecified agreement with the government.