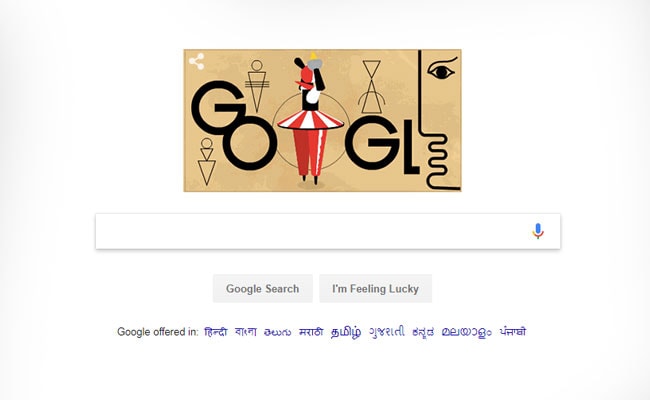 German painter, sculptor and choreographer Oskar Schlemmer would have celebrated his 130th birthday today. To commemorate his birth anniversary, Google Doodle has honoured him with a tribute. The path-breaking artist's most famous work is "Triadisches Ballett," in which the actors are transfigured from the normal to geometrical shapes. Also in Slat Dance and Treppenwitz, the performers' costumes make them into living sculpture, as if part of the scenery.

Google's doodle, too, is similar to how the painter-choreographer would present his rather unusual ballets. Google added a dedication to the artist stating, "With three dancers, 12 movements, and 18 costumes, Oskar Schlemmer's innovative approach to ballet broke with all convention to explore the relationship between body and space in new and exciting ways. He described the performance as "'artistic metaphysical mathematics," and a "party in form and colour."

The doodle too is reflective of his work, mechanical creatures in metallic masks prancing around doing ballet.

Oskar Schlemmer's ideas on art were complex and challenging even for the progressive Bauhaus movement. The Bauhaus movement was a German art school operational from 1919 to 1933 that combined crafts and the fine arts, and was famous for the approach to design that it publicized and taught. His work, nevertheless, was widely exhibited in both Germany and outside the country.

His work was a rejection of pure abstraction, instead retaining a sense of the human, though not in the emotional sense but in view of the physical structure of the human. Oskar Schlemmer represented bodies as architectural forms, reducing the figure to a rhythmic play between convex, concave and flat surfaces. As well as leaving a large body of work behind, Schlemmer art theories have also been published.

Schlemmer died in 1943 in Baden-Baden. Google Doodle salutes the genius of Oskar Schlemmer on his birth anniversary.