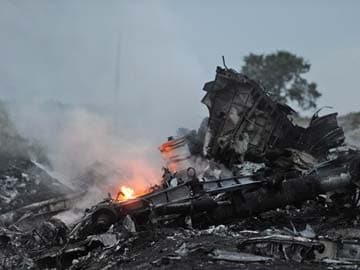 A Malaysia Airlines passenger jet was shot down over eastern Ukraine on Thursday, killing all 298 people aboard.

The Hague: Dutch social media users are turning their profile photos black and tweeting the hashtag #BringThemHome as anger mounts that bodies from flight MH17 have not yet been repatriated from Ukraine.

Dutch Foreign Minister Frans Timmermans was one of the first to make his Facebook cover photo black in a sign of mourning.

Since then Twitter and Instagram users in the Netherlands and around the world have posted black screens or ribbons, demanding the 298 dead, 193 of them Dutch, be repatriated from war-torn Ukraine.

"Making my avatar black in memory of all those in #MH17, to show my support for those affected, and to fight to #BringThemHome," tweeted one user.

"Out of respect for the victims of #MH17 my profile pic will be blacked out until all bodies have been brought home. #BringThemHome," tweeted another.

A Dutch-language website and petition bringthemhome.nl has been set up calling for the bodies' swift repatriation and for the International Criminal Court, based in The Hague, to prosecute those responsible for the disaster, believed to have been caused by a rebel missile.

There has been growing international outcry that the bodies have not left Ukraine yet.

Promoted
Listen to the latest songs, only on JioSaavn.com
A refrigerated train carrying many of the bodies left a station near the rebel-held crash site on Monday evening, and was not expected to reach the Dutch coordination centre in loyalist-controlled Kharkiv before Tuesday morning at the earliest.