Yoga has been gaining global popularity in recent years for the many benefits it has on one's physiology, psychology and spirituality. 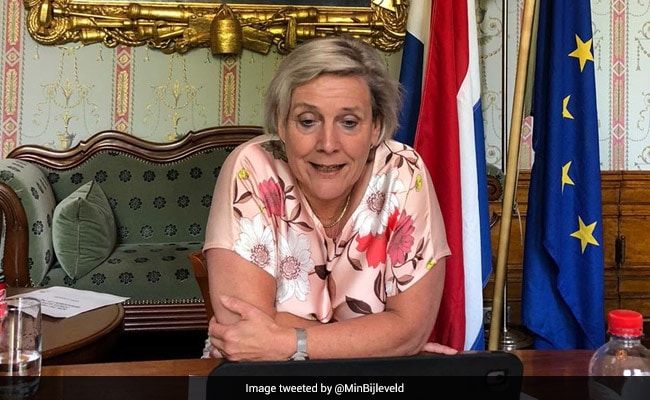 Finding inner peace is crucial for the armed forces and yoga is a beautiful way to find the balance, Dutch Defence Minister Ank Bijleveld has said, thanking India for the "wonderful gift" to the world.

Yoga has been gaining global popularity in recent years for the many benefits it has on one's physiology, psychology and spirituality.

Bijleveld participated in the online International Yoga Day celebrations organised by the Indian Embassy on Sunday.

"The minister thanked India for the wonderful gift of yoga to the world," a statement issued by the embassy said on Monday.

She said finding inner peace is crucial for a man and woman in uniform and yoga is a beautiful way to find the balance, it noted.

Bijleveld said yoga has formed a part of the training for the Dutch armed forces for the last 15 years and there are 130 yoga instructors.

The representatives of the Dutch Army joined by the Dutch Police personnel demonstrated their yoga skills as part of the online celebrations, the statement said.

Ambassador of India to The Netherlands Venu Rajamony inaugurated the celebrations. This was followed by Prime Minister Narendra Modi's video message and 3D animated videos of yoga with him.

The event was participated by a host of prominent Dutch and Indian personalities, including Ambassadors of various countries based in The Hague.

Dutch actress Afke Reijenga, extreme sportsman Wim Hof -- popularly known as "The Iceman" and singers Charlie Dee and Anouk Maas were amongst the Dutch celebrities who participated in the event, the statement said.

The programme included a Kathak recital on "Ayush" choreographed by Dutch choreographer Leo Spreksel and performed by eminent Kathak dancers Hari and Chetna with Sirisha.

It also showcased Hollywood and Bollywood celebrities who have made yoga a part of their lives.