"I have determined that it is time to officially recognise Jerusalem as the capital of Israel," US President Donald Trump said in a speech from the White House 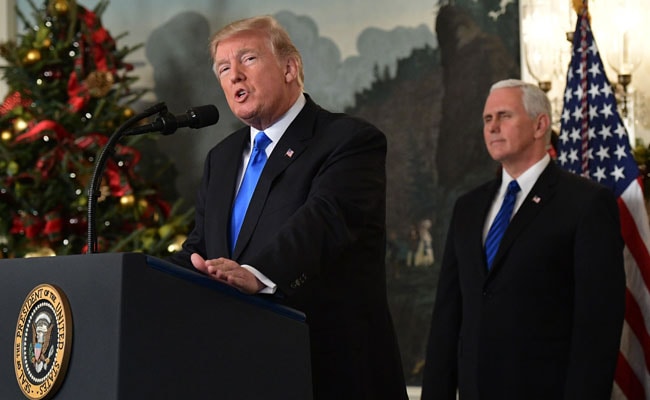 Israel: President Donald Trump on Wednesday recognized the disputed city of Jerusalem as Israel's capital -- a historic decision that overturns decades of US policy and risks triggering a fresh spasm of violence in the Middle East.

"I have determined that it is time to officially recognize Jerusalem as the capital of Israel," Trump said from the White House.

The declaration calls into question seven decades of deliberate diplomatic ambiguity about the final status of a holy city vociferously claimed by both Israelis and Palestinians.

Trump also kicked off the process of moving the US embassy from Tel Aviv to Jerusalem, making good on a campaign promise dear to evangelical Christian and right wing Jewish voters -- as well as donors.

He said his decision marked the start of a "new approach" to solving the thorny conflict between Israel and the Palestinians.

Trump's predecessors -- from Bill Clinton to George Bush -- made similar promises on the campaign trail, but quickly reneged upon taking office, and the burden of war and peace.

This most unlikely of presidents, who came to office with no foreign policy experience and denouncing experts, was determined to show his arrival in Washington spells the end of business as usual.

"Many presidents have said they want to do something and they didn't do it," Trump said in the hours leading up to his historic address.

"Whether it's courage or they changed their mind, I can't tell you," he said. "I think it's long overdue."

The announcement leaves many angry US allies and leaders across the Middle East trying to find a measured response and hoping that the tinderbox region is not destined for yet another round of bloodletting.

Pope Francis joined a list of leaders warning of an historic misstep that could trigger a surge of violence. 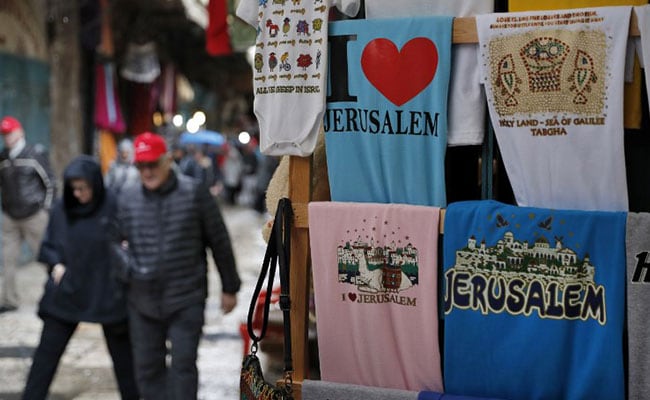 "I cannot silence my deep concern over the situation that has emerged in recent days," the pontiff said Wednesday, one day after speaking by phone with Palestinian president Mahmud Abbas.

The pontiff added that maintaining Jerusalem's status quo was important "in order to avoid adding new elements of tension to an already volatile world that is wracked by so many cruel conflicts."

In a frantic series of calls, the leaders of Saudi Arabia, Egypt, Jordan, the European Union, France, Germany and Turkey also warned Trump against the move.

Moving the US embassy will probably take years to implement, but the repercussions of Trump's decision are likely to be swift.

Hundreds of Palestinians burned US and Israeli flags as well as pictures of Trump in the Gaza Strip, while relatively small clashes erupted near the flashpoint West Bank city of Hebron.

The Palestinian armed Islamist movement Hamas has threatened to launch a new "intifada," or uprising.

Palestinians called for three days of protests -- or "days of rage" -- starting Wednesday.

Anticipating protests, US government officials and their families were ordered to avoid Jerusalem's Old City and the West Bank, though the situation remained largely calm Wednesday.

Turkish President Recep Tayyip Erdogan called for a summit of the Organisation of Islamic Cooperation (OIC), the main pan-Islamic body, in Istanbul on December 13 "to display joint action among Islamic countries" over Jerusalem.

"Such a step will only play into the hands of terror groups," Erdogan said at a joint news conference in Ankara after talks with Jordan's King Abdullah II.

Jordan and the Palestinians also called for an emergency meeting of the Arab League in Cairo. 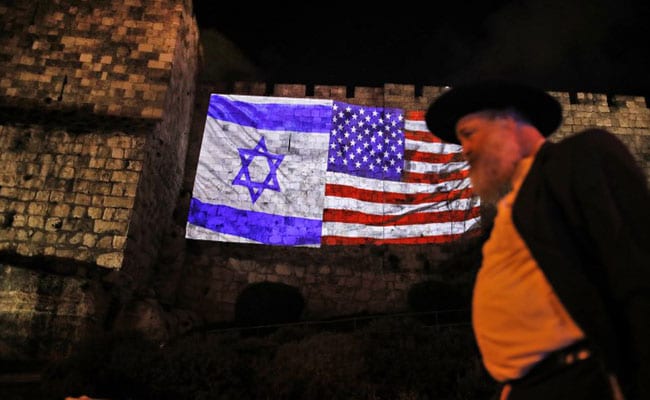 Israeli Prime Minister Benjamin Netanyahu refrained from commenting on the issue on Wednesday in his first speech since Trump's plan was confirmed.

Most of the international community does not formally recognize Jerusalem as Israel's capital, insisting the issue can only be resolved in negotiations.

The White House argues the move would not prejudge final talks and would represent the reality that west Jerusalem is and will continue to be part of Israel under any settlement.

Critics say Trump's approach could extinguish his own efforts to broker Middle East peace while igniting the flames of conflict in a region already reeling from crises in Lebanon, Syria, Iraq, Yemen and Qatar.

Israel seized the largely Arab eastern sector of Jerusalem during the 1967 Six-Day War and later annexed it, claiming both sides of the city as its capital.

The Palestinians want the eastern sector as the capital of their future state.

Trump was pushed to act on the embassy as a result of the a 1995 law, which stated that the city "should be recognized as the capital of the state of Israel" and the US embassy be moved there.

A waiver has been invoked by successive US presidents, postponing the move on grounds of "national security" once every six months, meaning the law has never taken effect.

Promoted
Listen to the latest songs, only on JioSaavn.com
Several peace plans have unravelled in the past decades over the issue of how to divide sovereignty or oversee holy sites in Jerusalem.