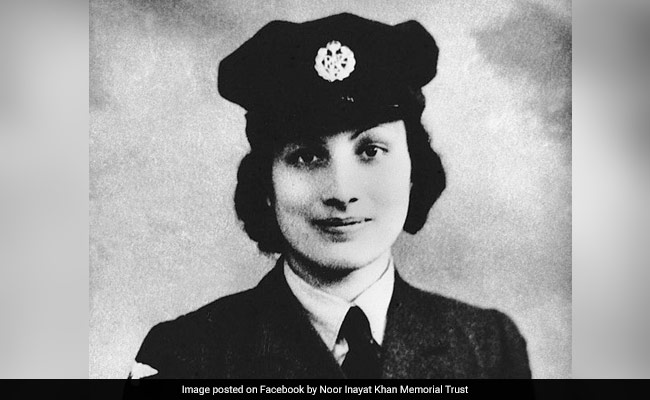 Noor Inayat Khan was killed at the Dachau concentration camp in Nazi Germany.

A campaign for British Indian World War II spy Noor Inayat Khan to be featured on a redesigned 50-pound currency note is gaining momentum in the UK.

The Bank of England had recently announced plans for a new polymer version of the large denomination note to go into print from 2020 and indicated that it would invite public nominations for potential characters to appear on the new note.

An online petition in favour of the campaign started earlier this week has already attracted over 1,200 signatures by Wednesday, calling for Khan, a descendant of Tipu Sultan and daughter of Indian Sufi saint Hazrat Inayat Khan, to be considered as the first ethnic minority British woman to be honoured on the currency.

"I am absolutely delighted that the story of Noor Inayat Khan has inspired so many people and that she has become an icon. Noor was an extraordinary war heroine," said Shrabani Basu, the author of Khan's biography 'Spy Princess' and founder-chair of the Noor Inayat Khan Memorial Trust.

The trust was set up in 2010 to campaign for a memorial in honour of the war-time spy, who had been recruited by Britain's Special Operations Executive (SOE) and infiltrated beyond enemy lines before being captured and killed by the Nazis in 1944, aged only 30.

Khan's memorial bust now has a permanent home at Gordon Square in central London, with the trust also lobbying for a commemorative blue plaque to mark the house nearby where she spent time with her family.

"I am very happy to support the campaign for Noor Inayat Khan on the 50-pound note. It is a way of keeping her memory alive and taking this story to the next generation. It will certainly make a big statement internationally because Noor was someone who believed in breaking down barriers," Basu said.

The campaign has found the backing of prominent political leaders, historians and academics in the UK, with many taking to social media to voice their support.

"The new 50-pound note could have anyone on it. I'm backing Noor Inayat Khan. She volunteered for SOE, served bravely as an agent in occupied Europe, was eventually captured and murdered. A Muslim, a woman, a hero of WWII. This would celebrate her courage and all SOE," said Conservative Party MP Tom Tugendhat, who is currently leading the UK Parliament's Global Britain and India Inquiry.

"Just returned from both East Africa and the Western Front and am more than ever aware of the shared service and sacrifice of men and women of many backgrounds. I would love to see Noor Inayat Khan on the new 50-pound note," said Melvyn Roffe, Principal at George Watson's College in Edinburgh.

Noor Inayat Khan, born in Moscow to an Indian father and American mother, was raised in Paris and Britain. As a Sufi, she believed in non-violence and also supported the Indian independence struggle.

But she felt compelled to join the British war effort against fascism and went on to become the first female radio operator to be infiltrated into Nazi-occupied France, before she was captured, tortured and killed at the Dachau concentration camp in Nazi Germany.

"In this age, when we see a rise in anti-semitism, anti-Muslim hatred and intolerance, it is important that we continue to build bridges and show positive contributions from Britain's ethnic and religious minorities, not least one of World War II's almost forgotten heroes, a British Muslim woman," said social activist Zehra Zaidi in the online petition she started to campaign for Khan as the face of the new banknote.

"The bank will announce a character selection process for the new 50-pound note in due course, which will seek nominations from the public for potential characters to appear on the new note," the Bank of England said.