Baywatch Isn't A Success But Zac Efron's Happy. Here Why 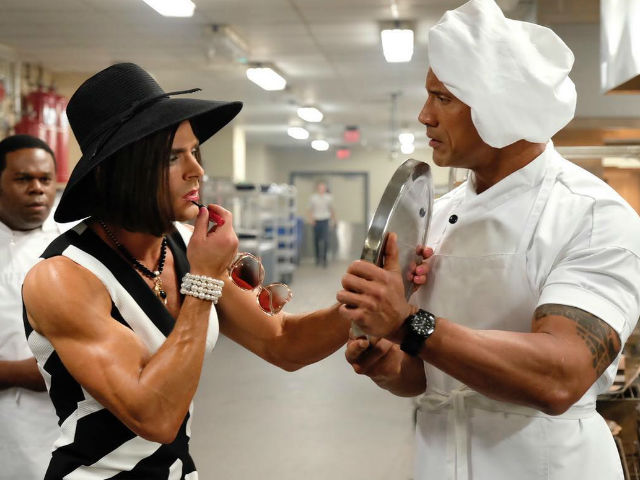 New Delhi: Baywatch may not have been making waves at the box office but actor Zac Efron is happy because his grandparents watched the film soon after it hit the screens in USA. Zac Efron plays Matt Brody, a lifeguard in Mitch Buchannon's (played by Dwayne Johnson) lifeguard gang. Zac shared a picture of his grandparents outside a theatre posing next to a poster of Baywatch. He wrote in caption: "This just makes everything even more awesome. Love you grandma and grandpa. I love you guys! Can't wait to talk u after the movie (sic)." Baywatch also stars Priyanka Chopra as antagonist and the film failed to get favourable reviews.

This just makes everything even more awesome. Love you grandma and grandpa. I love you guys! Can't wait to talk u after the movie

Baywatch failed to impress the foreign media due to its "lazy gross-out humor." Washington Post's Stephanie Merry gave the film 1-star rating (out of 4) and criticised The Rock's choice of work too. She said: "It's not like the screenplay, by Damian Shannon and Mark Swift, gives performers much to work with. The height of humor is a running gag that involves Mitch calling Matt derisive names like "Boy Band." This isn't knee-slapping stuff. Neither are the gross-out gags all that shocking, as desensitized as we've become to comedic body horror. If anything, Baywatch is a litmus test for how low Johnson can sink while still winning us all over."

Promoted
Listen to the latest songs, only on JioSaavn.com
But the criticism and low box office figures simply bounced off Dwayne Johnson, who tweeted over the weekend: "Fans LOVE the movie. Critics HATE it. What a glaring disconnect. People just want to laugh & have fun. (sic)."