Baywatch Movie Review: Priyanka Chopra, as the villain, has minimal dialogue, although the camera spends plenty of time giving her elevator eyes while she dons form-fitting, cleavage-baring dresses. Women in the Dwayne Johnson-film don't have much to do beyond look good 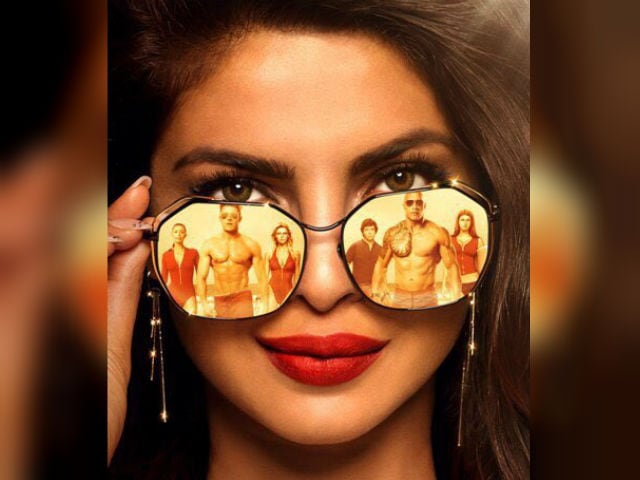 If, indeed, Dwayne "the Rock" Johnson ditches Hollywood to become our next commander in chief, Baywatch may be singled out as the low point of his pre-political career. That's right - the man who starred in The Tooth Fairy has outdone himself with a comedy in which the actor helps a man dislodge a most precious body part from the wooden slats of a chaise longue.

It's not very presidential. Then again, what is?

The movie couldn't possibly damage the actor's popularity. Johnson being Johnson, he's still a delight to watch. But there's only so much a charismatic giant can do when he's up against a blend of lazy gross-out humor and inane male wish fulfillment weighed down by terrible editing and lame action.

The movie, based on one of the most popular television series of the 1990s, doesn't go for the same broad audience as the show. David Hasselhoff's TV juggernaut about a team of capable lifeguards was fairly family-friendly stuff, even with all the bodacious babes slow-motion jogging along the beach in bathing suits. If the many f-bombs in the first few minutes of this adaptation don't tip viewers off to the R rating, they'll have things figured out by the time a character peers underneath the scrotum of a corpse, looking for evidence of malfeasance. 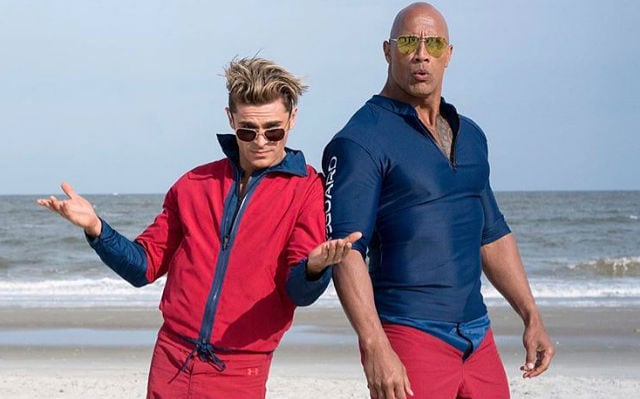 This is the 21 Jump Street mold of reboots - taking an old dramatic series and transforming it into an edgy comedy. It worked for Jump Street, which maintained a level of self-awareness.

Baywatch starts out promisingly enough with a wink: California lifeguard Mitch Buchannon (Johnson) discerns from the subtlest of clues that a wind surfer will soon be in dire need of help. In a flash, he's done his duty and emerges from the wake, effortlessly carrying the comatose victim while dolphins pop out of the water behind them.

But that's the extent to which Baywatch, directed by Seth Gordon (Horrible Bosses), pokes fun at itself. Instead the story is typical action-comedy stuff: Mitch and his crew try to get to the bottom of a murder mystery that involves a sultry land developer played by Priyanka Chopra. At the same time, Mitch has to contend with a new hotshot rookie, Matt Brody (Zac Efron, so muscular his pecs look like they might burst through his skin), a disgraced Olympic swimmer with the nickname "The Vomit Comet." Don't worry, you'll get to see why in vivid green detail.

Matt - a dead ringer for Olympic swimmer Ryan Lochte - doesn't understand the meaning of teamwork, but leading a capable crew is what Mitch does best. So Mitch takes it upon himself to show this selfish hunk the error of his ways. And just like that, the comedy takes a turn toward after-school-special territory.

The other major character is Ronnie Greenbaum (Jon Bass), a chubby recruit with furry nipples who exists to deliver physical humor and pine after his co-worker, C.J. Parker (Kelly Rohrbach). The actress is a former model who dated Leonardo DiCaprio before getting together with one of the Walmart heirs, but in movies like this it's a no-brainer that she might fall for a guy who's the personification of awkwardness.

It's no shock that the women in Baywatch don't have much to do beyond look good. Even Chopra, as the villain, has minimal dialogue, although the camera spends plenty of time giving her elevator eyes while she dons form-fitting, cleavage-baring dresses. 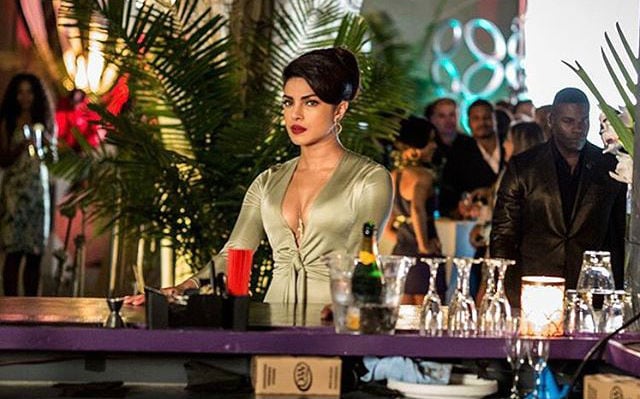 Maybe dodging bad lines was a relief for the actresses. It's not like the screenplay, by Damian Shannon and Mark Swift, gives performers much to work with. The height of humor is a running gag that involves Mitch calling Matt derisive names like "Boy Band."

This isn't knee-slapping stuff. Neither are the gross-out gags all that shocking, as desensitized as we've become to comedic body horror. If anything, Baywatch is a litmus test for how low Johnson can sink while still winning us all over.