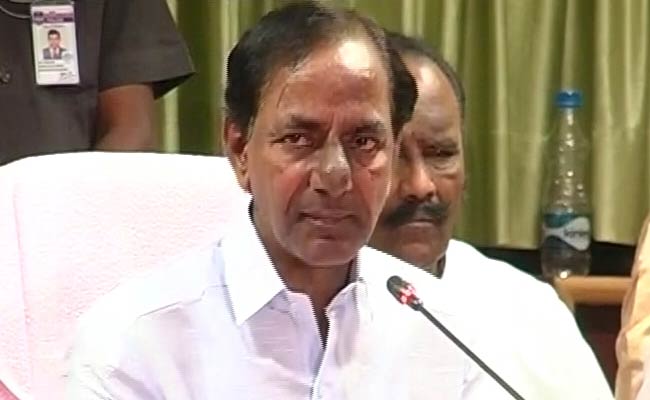 The money will be spent under a new scheme 'Gram Jyoti', which will be launched on August 15, Independence Day.

The chief minister said each village will be alloted Rs 2 crore to Rs 6 crore depending on the population.

The scheme is aimed at strengthening panchayat raj system and to allow gram panchayats to formulate their own development plans.

Mr Rao, as the chief minister is popularly known, constituted a cabinet sub-committee to frame modalities for the scheme.

The sub-committee led by Mr Rao's son and Panchayat Raj Minister K Tarakarama Rao will submit its report in 15 days.

A statement from the chief minister's office said he would hold a meeting with officials of Panchayat Raj, planning and rural development departments and district collectors on July 30 to discuss implementation of the scheme.

Mr Rao said a unique feature of the scheme will be the freedom to gram panchayats to formulate their own development plans based on their requirements.

The chief minister said a village will decide on what development works should be undertaken. The government will make funds available for these works.

The government has already taken an initiative with the programme 'our village our plan' under which gram panchayats took inputs from people to draft theit plans.