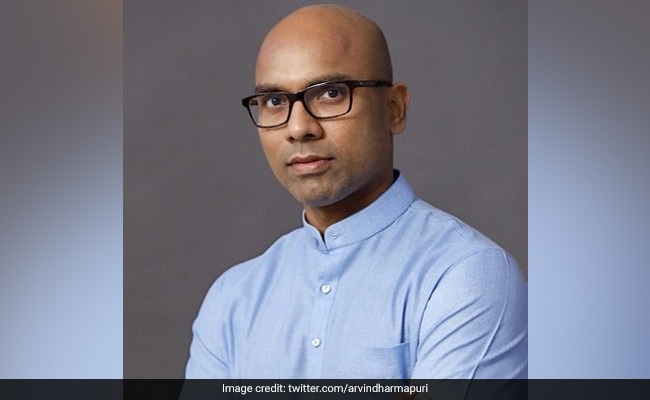 BJP MP Arvind Dharmapuri on Wednesday alleged that he was attacked by Telangana Rashtra Samithi (TRS) workers in Telangana.

Mr Dharmapuri alleged that TRS workers obstructed his convoy and broke the glass of his car.

Addressing a press conference, Mr Dharmapuri stated, "I was scheduled to go Nandipet mandal to inaugurate a few works. On my way, I received prior information that around 500 TRS cadre with iron rods, stones, knives, sticks have been deployed to attack me on my way. Immediately, I informed police officials in the district. The police did not take any action."

"I spoke to the commissioner of police as well. He too was avoiding me. I was amazed to see police behave indifferently towards BJP," he alleged.

"My vehicle was stopped on the way, as expected. The TRS mob surrounded me and BJP karyakartas. TRS workers started pelting stones and have injured many BJP Karyakartas. This entire incident was a planned conspiracy by the Telangana Police and TRS goons which was hatched on Tuesday and there is no safety here," he said.

The BJP leader said that he was scheduled to meet the farmers at Nandipet mandal.

"Just because I was going to the to meet the farmers, they chose to attack me," he added.