Kishore, a Telangana Rashtra Samithi worker, died of cardiac arrest on Saturday in his village Manchikappa in Nizamabad district. 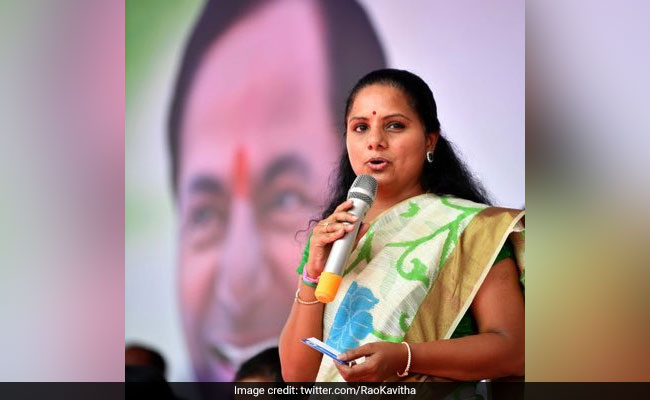 K Kavitha was defeated by the Bharatiya Janata Party's D Arvind by over 71,000 votes.

Kishore, a TRS worker, died of cardiac arrest on Saturday in his village Manchikappa in Nizamabad district.

Following Ms Kavitha's defeat from the Nizamabad Lok Sabha constituency, Kishore had stopped sleeping and eating, according to the party leaders.

Ms Kavitha on Monday visited Kishore's house and assured full support to the family from the party.

The TRS leader appealed to party workers and her supporters not to lose heart as defeat and victory were part of the democratic process.

The former MP said workers were the strength of the party and they should face the situation with courage.

Ms Kavitha, who was elected from Nizamabad in 2014, assured the people that she will continue to work for them.

Ms Kavitha was defeated by the Bharatiya Janata Party's D Arvind by over 71,000 votes.

Party leaders said her prospects were marred by the entry of a record number of candidates including 178 farmers who wanted to highlight their problems like lack of remunerative prices for turmeric and red jowar.

The constituency also hit the national headlines as the Election Commission used a record number of Electronic Voting Machines to facilitate polling.