The Telangana government had earlier announced that Narasimha Rao's centenary celebrations would be organised on a grand scale. 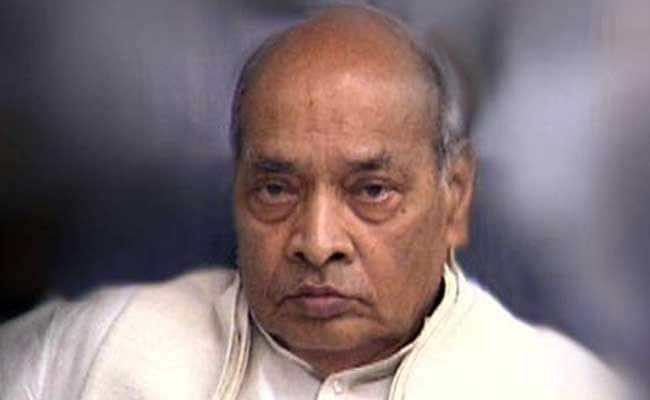 The Telangana Assembly will pass a resolution in the session to be held next month urging the centre to confer the Bharat Ratna on former Prime Minister P V Narasimha Rao Chief Minister K Chandrasekhar Rao said on Friday.

Mr Rao, who held a meeting with ministers and officials on Narasimha Rao's birth centenary celebrations, said the state government will also request the centre to install a portrait of the former PM in parliament and to rename the Central University in Hyderabad after him. The university was established by Narasimha Rao.

The state government had earlier announced that Narasimha Rao's centenary celebrations would be organised on a grand scale.

"PV Narasimha Rao is a symbol of Telangana's existence. He was a reformer who initiated several reforms in the country. He was recognised as a great intellectual all over the world. He was the Telanganite who rose to the level of the country's Prime Minister. We will discuss about the greatness of PV and his achievements in the Assembly," the statement quoted the Chief Minister as saying.

The Chief Minister said he will send letters to the President, Prime Minister, Chief Ministers of various states, requesting them to participate in the celebrations.

The meeting also decided to propose the UNESCO to confer awards in the name of Narasimha Rao to those who made rich contributions in the fields of literature, science and technology, it said, adding that Telangana State government would arrange for the cash prize.

Noting that Narasimha Rao had excellent personal relations with several world leaders when he was External Affairs Minister and later as Prime Minister, the meeting decided to invite former US president Bill Clinton and former British Prime Minister John Major to the centenary celebrations.

The meeting also decided to install Narasimha Rao's statue in Telangana Bhavan in New Delhi and to organise the celebrations in Maharashtra, Andhra Pradesh, Odisha, Karnataka and other states and also in foreign countries.

The meeting also decided to develop Laknepally, the village where Narasimha Rao was born, and Vangara where he grew up as tourist spots.