Speaking at a roadshow, KT Rama Rao lashed out at Telugu Desam Party and asked why Nandamuri Suhasini was fielded from a losing segment. 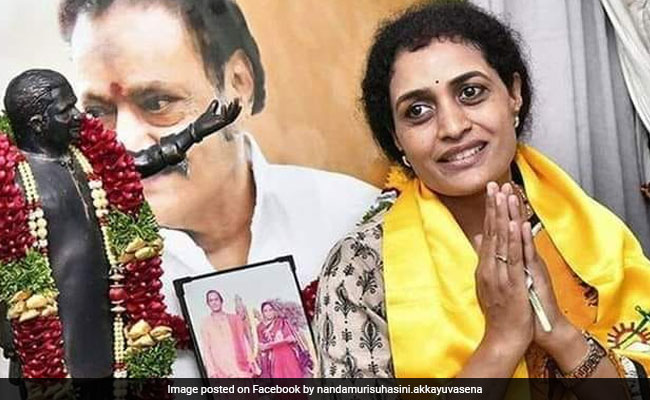 Chandrababu Naidu had decided to field Nandamuri Suhasini from Kukatpally.

Speaking at a roadshow at Kukatpally on Thursday, the TRS leader lashed out at Telugu Desam Party and asked why Mr Naidu's son and Minister N Lokesh was not asked to contest the seat.

"If Chandrababu Naidu really loves the Nandamuri family, why didn't he appoint Suhasini as a Minister in Andhra Pradesh, like he appointed Lokesh? If Chandrababu Naidu reallywants to strengthen TDP in Telangana, he could have made Lokesh contest from Kukatpally. But he did not, because he knows Kukatpally is a losing seat," the TRS leader alleged.

In a dramatic turn of events, Mr Naidu decided to field Ms Suhasini from Kukatpally ignoring senior party leader E Peddireddy, who evinced interest in contesting from the constituency.

Rubbishing KT Rama Rao's remarks, Mr Peddireddy said it was the party's decision to field her from Kukatpally and people in the constituency were accepting her.