Delhi liquor policy case: In a letter to the CBI, Telangana Rashtra Samithi leader K Kavitha said she wants to see the documents related to the case first 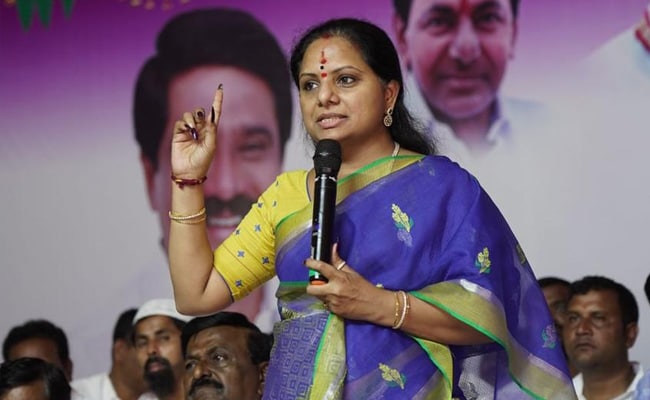 K Kavitha, the daughter of Telangana Chief Minister K Chandrasekhar Rao, has sought documents from the Central Bureau of Investigation (CBI) before she can meet them in Hyderabad as a witness in the Delhi liquor policy case.

The CBI had summoned Ms Kavitha, a former MP and now a Member of Legislative Council, to appear as a witness in the case on Tuesday.

In a letter to the CBI today, however, the Telangana Rashtra Samithi leader said she wants to see the documents related to the case first.

"The requested documents may be provided at the earliest to enable me to acquaint myself and answer appropriately within a reasonable period of time. Date of our meeting can be fixed at Hyderabad after the receipt of the documents," Ms Kavitha wrote back to the CBI.

Since the CBI has asked her to meet on Tuesday, it is not known whether Ms Kavitha has accepted that day for the meeting as her letter says the meeting day can be fixed once she gets the documents.

"During the course of investigation of the subject cited case, certain facts have emerged with which you may be acquainted with, hence you examination on such facts is required in the interest of investigation," the CBI said in a notice to Ms Kavitha.

Delhi Deputy Chief Minister Manish Sisodia is also one of the accused in the case, linked to the Delhi government's new liquor policy that was later scrapped after Lieutenant Governor VK Saxena sought a CBI probe into alleged corruption.

The Delhi government has said the Lieutenant Governor's decision was wrong as the city government lost hundreds of crores in projected revenue after the policy was scrapped.