According to the notification, nominations will be accepted from November 12 to 19 while the date for scrutiny of papers has been fixed on November 20. 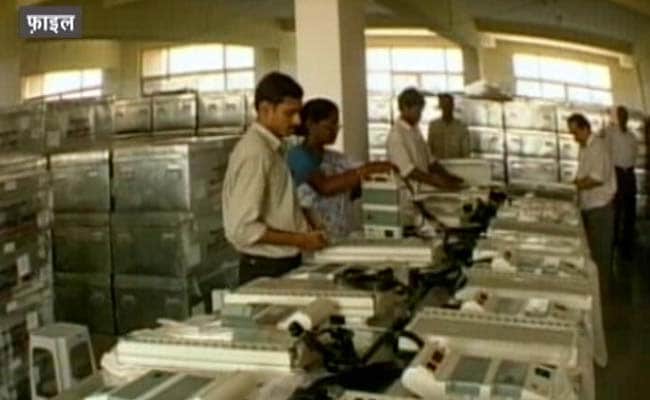 Polls are scheduled to be held on December 7 and counting would be done on December 11. (File)

The Election Commission today issued notification for the December 7 election to the Telangana Legislative Assembly.

According to the notification, nominations will be accepted from November 12 to 19 while the date for scrutiny of papers has been fixed on November 20.

The last date for withdrawing nominations is November 22. Polls are scheduled to be held on December 7 and counting would be done on December 11.

According to an earlier communication from the Chief Electoral officer's office, the total number of voters in Telangana have gone down by nearly nine lakh to 2.73 crore for the Assembly polls.

There would be more than 32,574 polling stations in the state and few more may be set up depending on the number of voters.

The 119-member Assembly was dissolved on September 6 on the recommendation of the K Chandrasekhar Rao-led government, more than eight months ahead of the expiry of its term.

The Election Commission on Friday imposed a near month-long ban on holding exit polls beginning November 12 in the five poll-bound states including Telangana.

Caretaker Chief Minister and TRS supremo K Chnadrasekhar Rao handed over B-Forms to party's contesting candidates on Sunday after a brainstorming session with them.

He is expected to file his nomination from Gajwel constituency in Medak district on November 14.

In her tweet, TRS MP and CM's daughter Kavitha said, "honourable KCR garu giving away the B-form to the MLAs of my parliament constituency. We seek the blessings of T-people for the success of all our mlas."

The TRS has already announced its candidates for 107 segments, including 105 at one go within minutes of the Assembly dissolution, giving it a jump-start to the campaign and stunning the opposition.

However the "Grand Alliance" is yet to announce the list of the contesting candidates.

BJP had so far announced 66 nominees in two tranches.