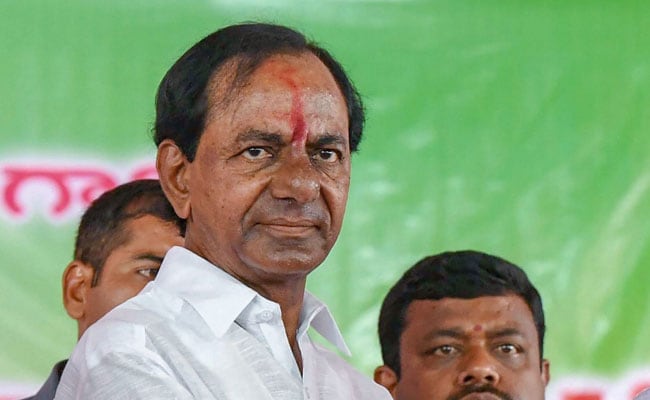 With the current expansion of the ministry, the strength has risen to 18.

Two women members including former Minister Sabitha Indra Reddy also made it to the Council of Ministers.

Mr Rao's son K T Rama Rao, and his nephew and senior Telangana Rashtra Samithi MLA T Harish Rao have served as Ministers in the first TRS-led government in the state between 2014 and 2018, while Sabitha Indra Reddy was Home Minister in the previous Congress government in united Andhra Pradesh.

On February 19, Mr Rao had expanded his two-member cabinet after he rode to a thumping victory in the December 7, 2018 state assembly elections, by inducting ten ministers.

Harish Rao, who had handled the irrigation portfolio earlier was made the Finance Minister, while Rama Rao, who was handling IT, Industries and Municipal Administration departments during the previous TRS regime, was again allotted the same departments.

While Sabitha Indra Reddy was allotted Education, Gangula Kamalakar was given Welfare, Food and Civil Supplies and Consumer Affairs, Ajay Kumar got Transport and Satyavathi Rathod was entrusted with ST Welfare, Women and Child Welfare.

Telangana Governor Tamilisai Soundararajan administered the oath of office and secrecy at the Raj Bhavan, in the presence of the Chief Minister.

With the current expansion of the ministry, the strength has risen to 18. Mr Rao's first Cabinet did not have a woman minister.