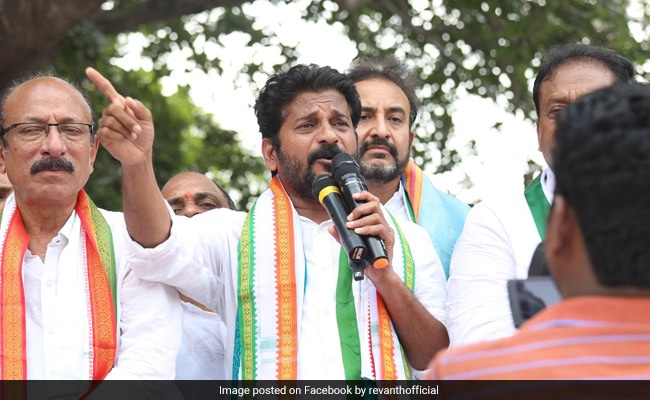 Revanth Reddy, a top Congress leader in Telangana and the party's candidate from Kodangal, was detained before dawn today for threatening to stop a public meeting of caretaker chief minister K Chandrashekhar Rao in the constituency.

A police team barged into Revanth Reddy's home around 3 am, when the family was sleeping, according to his wife.

"Around 3 am some people knocked on our door and broke it open and forced themselves in. My husband and I were sleeping in the room along with our daughter. Are we terrorists that they should treat us like this?" said Geetha Reddy.

With two days left in campaigning for polls on Friday, Mr Reddy has been taken into preventive custody a senior police officer told news agency PTI. He would later be released. 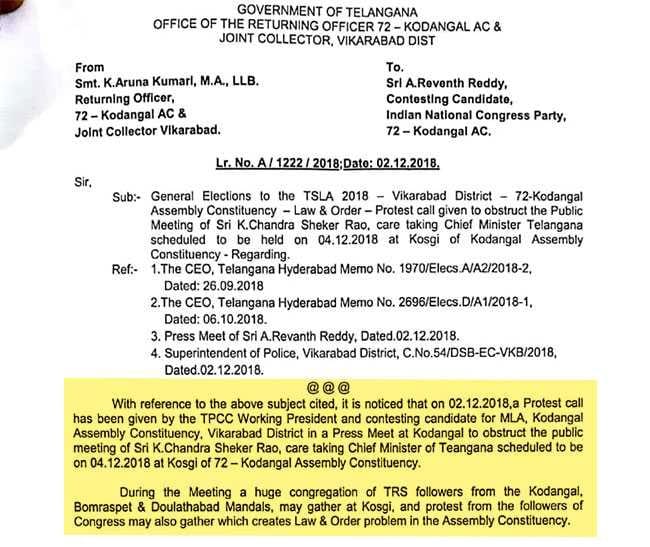 "It's highly condemnable that Telangana Police arrested Congress Working President & Kodangal MLA Revanth Reddy at 3am today because CM K. Chandrasekhar Rao is holding a rally there," Shivakumar tweeted. "We appeal to EC that such intimidation goes against the spirit of free & fair elections."

We appeal to EC that such intimidation goes against the spirit of free & fair elections. pic.twitter.com/BPXlZ1fwbq

In a notice to the Congress party, the state election body accused Mr Reddy of calling for a protest to stop KCR's campaign rally in Kodangal today.

The poll body said there could be trouble as Mr Reddy's supporters could try to disrupt the rally. Large gatherings have been banned in the constituency as a precaution, said Rajat Kumar, the state poll body chief told NDTV.

Last week Mr Reddy and his associates' homes were raided. The Telangana Chief Election Officer said that Rs. 51 lakh was seized during the raids. Mr Reddy lashed out at his political opponents and alleged that he was facing "politically-motivated persecution." 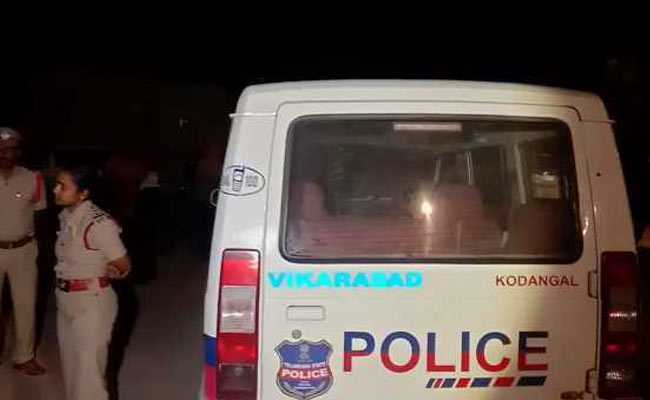 Revanth Reddy was taken away from his house at 3 am, said wife Geetha Reddy

In the run-up to the polls in Telangana, this is the second time Mr Reddy faced action. He was one of the five politicians served notice after the poll body received various complaints accusing them of violating the Model Code of Conduct.

Mr Reddy, who was earlier with the TDP of Andhra Pradesh Chief Minister N Chandrababu Naidu, was caught on camera in May allegedly offering money to a lawmaker in the cash for votes case. Mr Reddy had even gone to jail and is now facing Income Tax cases.

The police, however, had seized Rs 51 lakh from a relative of TRS candidate Narender Reddy.

Results of voting in Telangana's 119 constituencies will be declared on December 11, along with four other states where elections are on.