R Ganga garnered 2,131 votes in the elections and won by a margin of 15 votes. 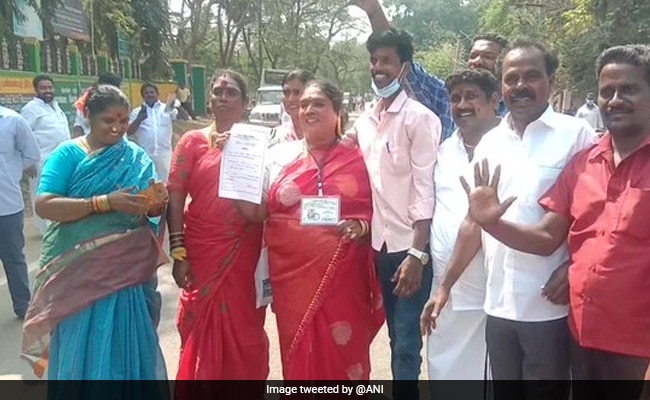 R Ganga has been a party member for the past 20 years.

Transgender candidate R Ganga of the DMK won from the Vellore City Municipal Corporation (VMC) by a margin of 15 votes in the recently concluded Tamil Nadu urban local body polls.

R Ganga has emerged victorious in ward 37 of the VMC. She had garnered 2,131 votes in the elections. She has been a party member for the past 20 years.

The Urban Local Body elections in Tamil Nadu were held on Saturday for 12,607 posts in 21 corporations, 138 municipalities, and 490 town panchayats.

The voting for the urban local body elections was held in a single phase.

In October 2016, the elections were scheduled but were postponed in the wake of the Madras High Court's direction. Subsequently, a host of developments, political and administrative, contributed to the delay.