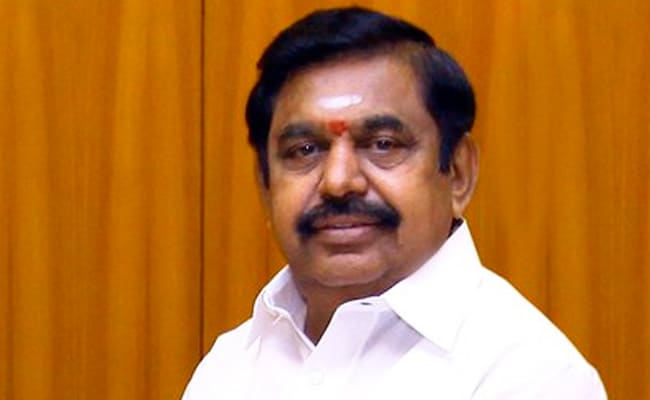 It should be taken up as a national project, E Palaniswami said (File)

Chief Minister K Palaniswami on Tuesday urged the Centre to sanction a scheme for rejuvenation of river Cauvery which is estimated to cost about Rs 10,700 crore and take it up as a national project.

In a virtual meeting with Union Minister for Jal Shakti Gajendra Singh Shekhawat, Mr Palaniswami said he had announced a rejuvenation plan of river Cauvery ''Nadandhai Vaazhi Cauvery," on the lines of Namami Gange Project.

"Estimate has been prepared for Rs 10,700 crore and WAPCOS (a techno-commercial firm under the Centre) is preparing the DPR. Cauvery is the lifeline of Tamil Nadu, not only for agriculture, but also for drinking water. Therefore, I request that this project may be sanctioned as a special programme like Namami Gange Project and may be taken up as a national project," he said.

On Jal Jeevan Mission, he said for the current year, 34 lakh households are proposed to be covered by giving tap connections.

"Remaining 14 lakh households will be covered by converging funds of various schemes.We have already covered about 4 lakh connections and propose to complete the rest by March, 2021."

Gajendra Singh Shekhawat on his twitter handle said: "Today, held a virtual meeting with CM Tamil Nadu Sh.E.K. Palaniswami through VC along with MoS Sh.R L Kataria and officials of the ministry. Discussion held over the ongoing work of providing piped water along with other aspects of timely implementation of Jal Jeevan Mission."

On Karnataka pitching for a dam across Cauvery at Mekedatu and Central Water Commission giving permission for preparing a Detailed Project Report, Mr Palaniswami reiterated Tamil Nadu's opposition to it.

He wanted the CWC and Cauvery Water Management Authority to reject the proposal.

"Similarly, Karnataka has been constructing an anicut across Penniyar river against the agreements in force. Tamil Nadu has filed a case before the Supreme Court and based on the courts order, negotiation committee meetings have been held by CWC.As there is no progress in these meetings, we have requested the government of India to form a Tribunal immediately. Urgent action will be appreciated."