Karthikeyan and Kritiga, who worked as a teacher in a private school, believed in natural birth and decided to have the baby at home, according to the couple's friends. 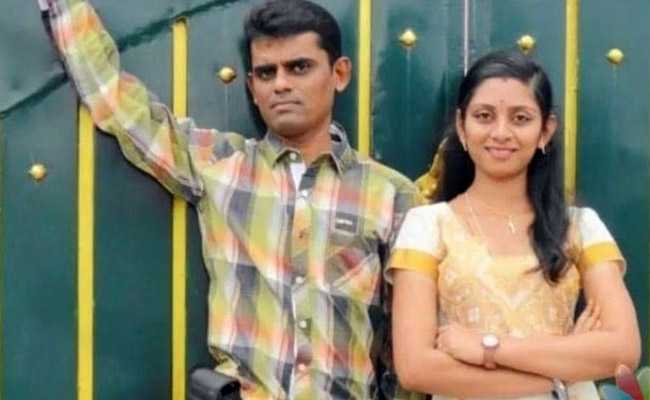 Krithika gave birth to her second child and died of excessive bleeding after the delivery.

A woman in Tiruppur town of Tamil Nadu died on Sunday after her husband reportedly delivered their child at home taking tips from videos on YouTube.

Karthikeyan and Kritiga, who worked as a teacher in a private school, believed in natural birth and decided to have the baby at home, according to the couple's friends.

Kritiga, 28, developed labour pains in the afternoon and delivered a baby at 1:30 pm at their home with the help of her husband. But in about an hour, she reportedly developed fits and that was when her husband called 108 ambulance service.

"The woman lost a lot of blood during the delivery and went into a physiological shock. That is why she collapsed and died,'' said k. Boopathy, chief health officer in Tiruppur.

Police say the extended family of the couple believed that a grandfather Thangavelu, who died a week before the baby was conceived was going to be reborn as the couple's second child.  "All of them had encouraged 'natural delivery' and the woman never went for a checkup to any doctor or hospital,'' investigating officer Jeyachandran told NDTV.

Another couple Praveen Kumar and Lavanya, who were friends with Kritiga and Kartikeyan, are also believed to have encouraged them to go for childbirth at home. Lavanya told them she delivered her second child at home.

Praveen and Lavanya are said to have "helped" a few other couples in childbirth at home. They are being questioned.

The husband Karthikeyan has been taken into custody. The couple has a 3-year-old daughter and the second born baby boy is said to be doing fine.