Rajinikanth Not To Celebrate Birthday In View Of Jayalalithaa's Death 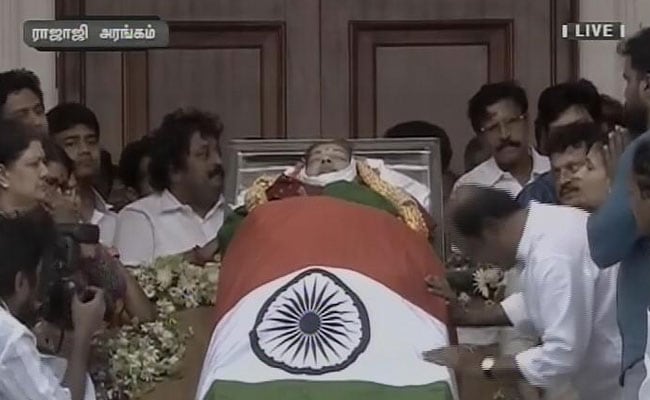 Jayalalithaa suffered a cardiac arrest on December 4 and passed away the next day.

Chennai: Tamil 'superstar' Rajinikanth has asked his fans to desist from celebrating his coming birthday on December 12 in view of the death of late Chief Minister J Jayalalithaa.

Rajinikanth "requests his fans not to celebrate his birthday and avoid keeping banners and posters," his publicist said in a tweet.

When contacted, the publicist said the decision not to celebrate the birthday was taken in view of the death of Jayalalithaa.

The 'Kabali' star turns 66 on December 12 and usually his birthday is celebrated in a grand manner by his fans.

Last year also, he did not celebrate his birthday following the torrential rains in Chennai and neighbouring districts that led to a deluge.

Promoted
Listen to the latest songs, only on JioSaavn.com
68-year old Jayalalithaa, hospitalised on September 22, suffered a cardiac arrest on December 4 and passed away the next day.

The AIADMK government in Tamil Nadu has announced a seven-day State Mourning from December 16.