Lok Sabha Elections 2019: This will be the first major electoral contest faced by the AIADMK after party chief Jayalalithaa's death in December 2016. 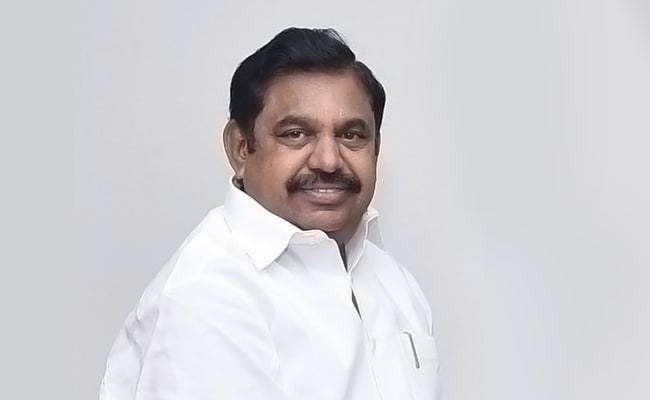 EK Palaniswami's party faces a battle from many fronts in the upcoming Lok Sabha polls.

This will be the first major electoral contest faced by the AIADMK after party chief Jayalalithaa's death in December 2016. AIADMK had won 37 of the 39 seats across Tamil Nadu in the 2014 parliamentary polls.

Things, however, may not be as easy for the ruling party this time round. In 2017, the AIADMK lost the RK Nagar assembly constituency - represented twice by Jayalalithaa herself - to ousted party general secretary TTV Dhinakaran in a crucial by-election.

The party is now divided. Mr Dhinakaran and his jailed aunt, former party chief V Sasikala, will be fighting the upcoming elections under the Amma Makkal Munnetra Kazhagam banner. The AIADMK will also face a resurgent DMK, led by MK Stalin, and actor-turned-politician Kamal Haasan's Makkal Needhi Maiam. With Sasikala claiming her ouster is illegal, the Election Commission is yet to decide who represents the real AIADMK. The party is currently led by Chief Minister EK Palaniswami and Deputy Chief Minister O Panneerselvam, who fulfil the roles of coordinator and joint coordinator respectively.

Poll analysts believe that the BJP is trying to take advantage of the AIADMK's weak standing to forge an electoral alliance that will help expand its footprint in the state. However, a section of party leaders - including Lok Sabha Deputy Speaker M Thambidurai - do not want to tie up with the BJP. The party is yet to take a call on the alliance. It has constituted two committees for manifesto preparation and seat sharing.

"Members of the party don't want an alliance with the BJP, given that the centre hasn't paid any attention to the state over the last five years, but no decision has been taken in this regard yet. Only the executive can make that decision," AIADMK spokesperson Ponnaiyan told NDTV.

The ruling party also faces allegations of corruption, with Income Tax officials and the CBI having raided several prominent members in cases such as the Gutkha scam and alleged bribery of voters ahead of the RK Nagar bypolls, among others.

Recently, even Mr Palaniswami was accused of orchestrating a break-in at Jayalalithaa's Kodanad estate. Questions were also raised over the mysterious killing of five people, including a security guard and a driver connected to the estate.

The Chief Minister has denied the allegations.