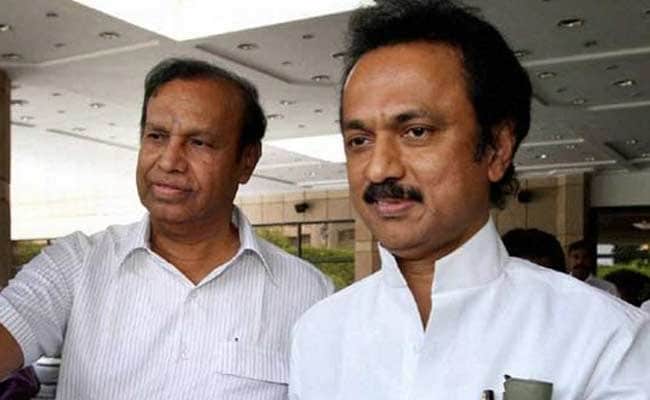 Chennai: DMK Treasurer and Leader of the Opposition in the Tamil Nadu assembly MK Stalin on Monday expressed grief over J Jayalalithaa's demise, describing her as an "iron lady" and courageous leader.

"Deeply saddened by the demise of our CM Selvi Jayalalithaa. My deepest condolences to the party cadres & well wishers in this hour of grief," he said.

In a series of tweets, he also hailed her as an "iconic and courageous leader."

"This is an irreparable loss to the people of TamilNadu. #Ironlady #RIP," he said.

A number of political leaders and celebrities condoled the death of Jayalalithaa.

Puducherry Chief Minister V Narayanasamy said her death was an irreparable loss not only for AIADMK workers, but for the whole of Tamil Nadu.

Promoted
Listen to the latest songs, only on JioSaavn.com
VCK leader Thol Thirumavalavan said Jayalalithaa's demise was an irreparable loss to the state.