Kamal Haasan has weighed in on Tamil Nadu politics frequently over the past few months, making it clear that he plans to switch gears soon. Sources in the I-T department claim to have unearthed 1,430 crore unaccounted income from raids targeting jailed AIADMK leader VK Sasikala and her family members. 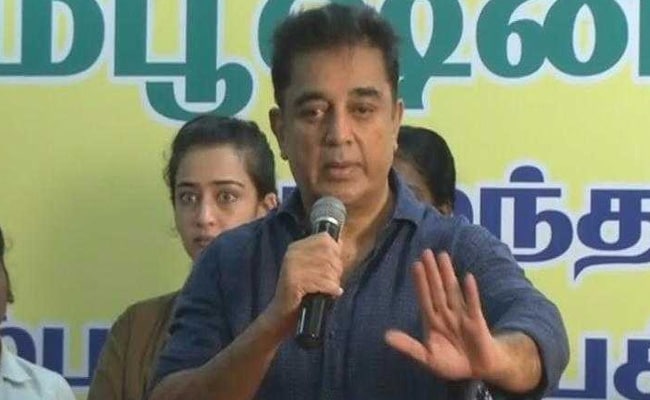 Kamal Haasan, who has weighed in on Tamil Nadu politics frequently, attacked the AIADMK.

"Theft by a government is a crime. Not proving after unravelling, isn't it a crime too?" the 63-year-old, an outspoken critic of the AIADMK, tweeted.

Sources in the Income Tax department claim to have unearthed 1,430 crore unaccounted income from raids over the past few days.

On Friday night, taxmen arrived at the sprawling Poes Garden home of Jayalalithaa, who died in December, and reportedly seized a laptop, a desktop and six pen drives from the office of Jayalalithaa's secretary and two rooms used by Sasikala who lived with the former Chief Minister for decades till she died.

Promoted
Listen to the latest songs, only on JioSaavn.com
Sasikala, who is serving a four-year jail sentence for corruption, was sidelined recently by the ruling party. Her nephew TTV Dinakaran, who is fighting for control of the party along with a group of lawmakers, has blamed the raids on Chief Minister E Palaniswamy.

Kamal Haasan has weighed in on Tamil Nadu politics frequently over the past few months, making it clear that he plans to switch gears soon. But he did not announce his party on his birthday two weeks ago, as was widely anticipated. Instead, he announced the soon-to-be-launched whistelblower app, "maiyamwhistle", which the public and his fans could use to expose wrongdoings and shortcomings  of the government.