Jaya TV has been critical of the Tamil Nadu government in recent months, following a rift between VK Sasikala and Chief Minister E Palaniswamy, who dumped her in favour of patching up with a rebel faction led by O Panneerselvam. 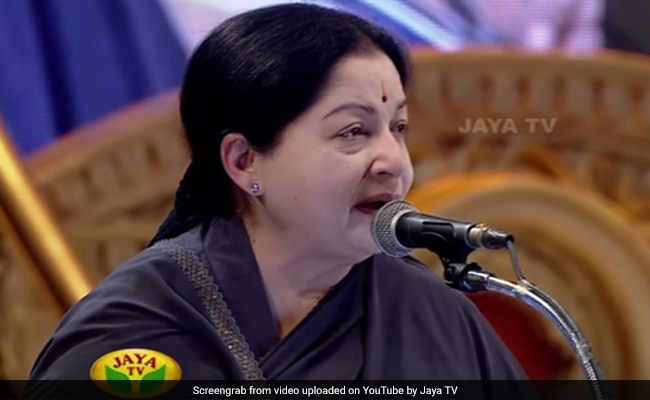 The raids are taking place at 187 locations in Tamil Nadu, Andhra Pradesh and Delhi as part of the "Operation Clean Money" drive against untaxed wealth, a senior Income Tax official told NDTV.

Around a dozen officials entered the office of the Tamil channel around 6 am.

Taxmen allege that the Jaya TV group has floated shell companies and has huge unexplained cash. The company is also accused of making big investments after demonetisation and investing in properties owned by proxy.

The Jaya TV network has a bouquet of channels including a news channel, general entertainment channel and a movie channel.

Sasikala has been in jail for corruption since February and has been fighting to stay in charge of the ruling party through her nephew TTV Dhinakaran. Her brother Divakaran controls Jaya TV, which is headed by her nephew Vivek Jayaraman. Divakaran and Jayaraman are also being investigated, say officials.

"People are watching everything, they understand what is going on. If the Centre thinks they can destroy us by conducting such raids, they are day-dreaming," said Mr Dhinakaran.

Jaya TV was for years the mouthpiece of the ruling AIADMK but has been critical of the state government in recent months, following a rift between Sasikala and Chief Minister E Palaniswamy, who dumped her in favour of patching up with a rebel faction led by O Panneerselvam.

The united AIADMK had recently adopted a resolution to take steps to retrieve Jaya TV and Namadhu MGR, the party's newspaper which is also owned by Sasikala. The Jaya TV management had called the decision an assault on independent media.

Promoted
Listen to the latest songs, only on JioSaavn.com
The tax raids are taking place in the backdrop of a fight for the party's two-leaf poll symbol at the Election Commission, between the ruling faction and the group led by Sasikala and Dhinakaran.

The AIADMK has been wracked by infighting since Jayalalithaa died in December and Sasikala, who lived with her for decades, took charge of the party. She was jailed by the Supreme Court for four years before she could take over as Chief Minister.