A 19-year-old girl student died after she was pushed from the second floor during a disaster drill at a college in Tamil Nadu's Coimbatore. 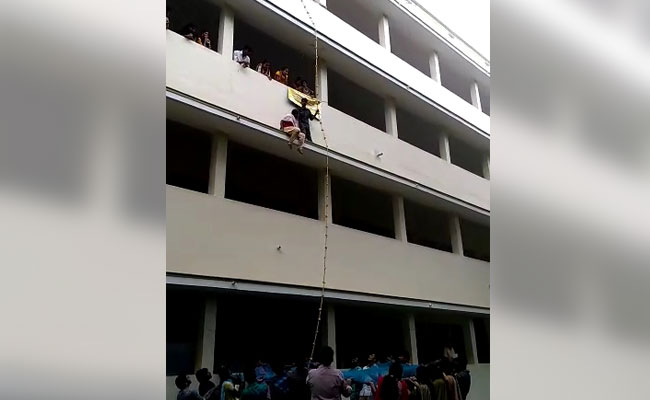 A girl student died after she was pushed off a balcony in Tamil Nadu's Coimbatore.

An untrained man conducting a disaster drill at a Tamil Nadu college pushed a 19-year-old student from a second floor ledge, causing her death. In a video taken moments before her death, the student can be seen screaming in terror as she looked down before being pushed. Logeswari, the second year student is seen hitting her head on the ledge of the floor below and then hitting the ground.

The bizarre disaster preparedness drill took place on Thursday at the Kalai Magal Arts and Science College in Coimbatore, where Logeswari was studying for a business degree.

Officials of the National Disaster Management Authority or NDMA told NDTV that the so-called instructor, "Arumugam", is not on its team and was not trained to carry out drills with people. 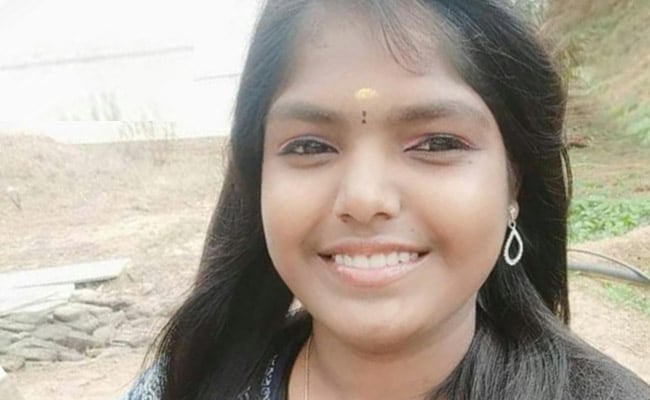 Logeswari, a second year student was studying for a business degree

At about 4 pm yesterday, students were being shown how to escape if disaster strikes. A video of the training session has caught the moments before Logeswari died. She was seen crouching on the ledge, looked too scared to follow Arumugam's instruction to jump.

Witnesses said Logeswari was afraid though a small group of people below promised to catch her.

She crashed to the ground after hitting the ledge. She was immediately taken to a private hospital nearby, which reportedly refused to treat her and referred her to a government hospital, where she died.

Arumugam has been arrested and charged with causing death by negligence.