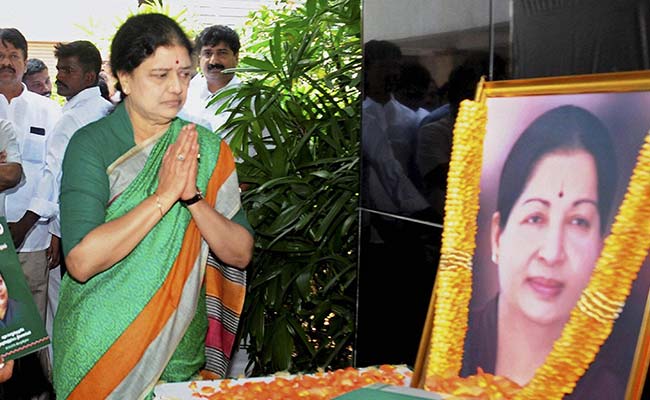 Chennai: The corruption case in which VK Sasikala has been convicted today was, in fact, centered on whether J Jayalalithaa misused her first term as Chief Minister in the 1990s to accumulate a vast fortune of real estate, cash and jewellery through a maze of companies which were owned by Ms Sasikala and her relatives, two of whom have also been found guilty by the Supreme Court today.

Ms Sasikala, for years, lived with Ms Jayalalitha and was her closest aide, though she had to disown her husband to end an estrangement with the politician a few years ago.

Promoted
Listen to the latest songs, only on JioSaavn.com
The Supreme Court today sentenced Ms Sasikala to prison, ending her forceful bid to become Chief Minister. Ms Jayalalithaa died in December while still in office.

In its verdict today, the court makes these strong comments about Ms Jayalalithaa's role in the conspiracy: